Terrence J is getting canceled, and it’s all over a parody skit with Marlon Wayans.

Things got heated when Marlon Wayans and Terrence J discussed supporting black businesses in a now viral clip making the rounds on social media. It turns out the exchange was actually part of a comedy parody show called ‘The Awful Truth,’ and the clip fans saw is from a section called ‘What Haters Say.’ Attacking the dynamic contributions and generational wealth built by the Wayans clan, Terrence J was roasted until, after getting the full attention of the Twitterverse, it was revealed that the entire thing was staged. “Damn, we owe Terrence J an apology,” asked one fan as the word circulated that the viral video was all part of a very clever hoax.

Fans haven’t been quick to believe as many were raised on Wayans staples such as ‘The Wayans Bros” TV series and much-loved-movies such as ‘White Chicks.’ They were ready to defend Marlon and cancel Terrence J by lunchtime for his corny comments, but it seems this was all part of the plan. The family has been educating, entertaining, and championing the Black cause for years and has the required clout to make an effective statement to the nation amid the current mayhem. Now everyone is talking about it, and the parody argument checks out as they have smartly pointed to the greater truths that we all needed to hear. The system of racism can only be stemmed by how we spend our dollars, what Black people choose to support, and how we relate to our family and communities. 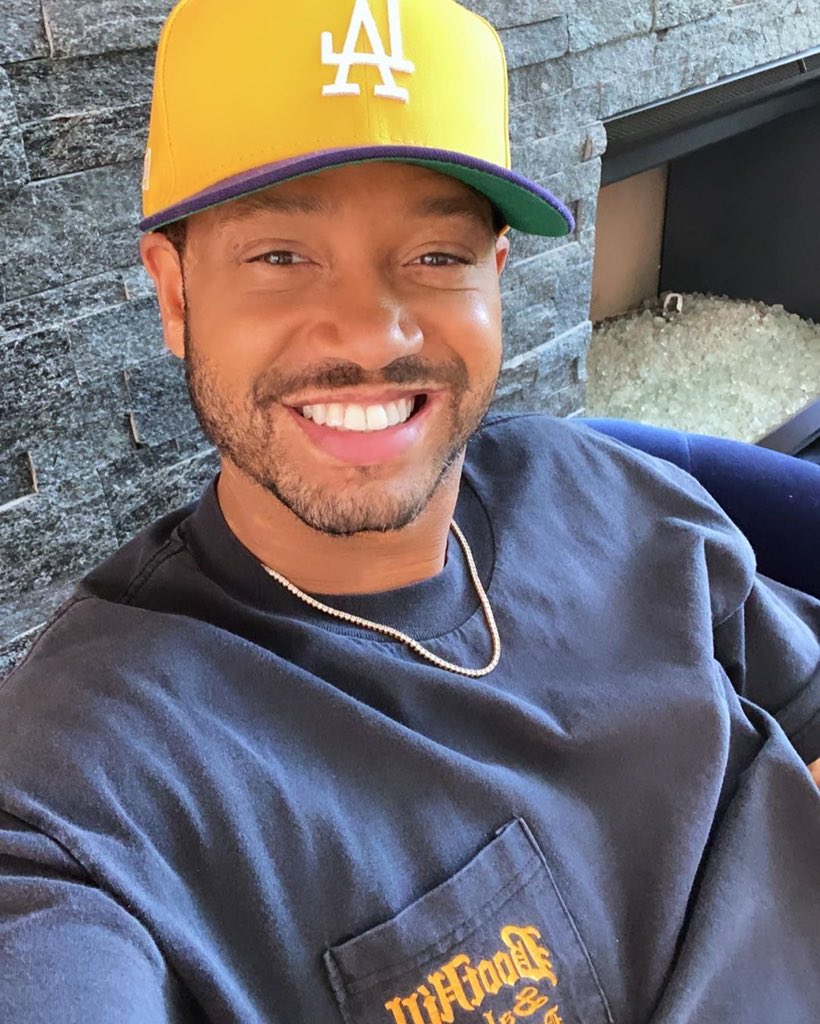 In the video, the two went back and forth about supporting Black owned labels and designers with Marlon even leaving his chair to show off the “racks on racks on racks” of Black owned brands in his closet. He not only namedrops everyone from Yeezy to Virgil Abloh to Fear of God but puts the tags and labels on screen, showing the world what it truly means to be about the cause. When Terrence takes a jab at the Wayans brothers who are essentially revered as African American Hollywood royalty, it’s a covert way for Marlon to reel off the many reasons he’s grateful to them, and to hint that there’s magic in investment in strong black family units. When Marlon tells Terrence to “respect the tribe,” its a call to action from one of the greats that we grew up with, speaking on the steps needed to strengthen the cause. Start with deep-seated mutual respect that will spread outward and affect generations to come.

Terrence J sound stupid and like a hater . A solid family BUILDS TOGETHER Keenen Wayans did exactly he was pose to do for the culture and his family and his family STOOD ON THEIR OWN TALENT period. Shit wasnt handed to any of them they put in work ! Terrence and his barking wack pic.twitter.com/1ldNmdr4bL

The Wayans brothers know parodies are a brilliant and practical means to comment on social ills, as they’ve done in the past with movies such as “Don’t Be A Menace to South Central While Drinking Your Juice in the Hood.” The post with Terrence J nearly for him canceled, but was eye opening and certainly created the huge buzz they wanted across social media. Do you believe it was scripted, or is Terrence J still totally of out of line?

Here are some of the tweets from fans.

terrence j doing all that country ass barking while marlon trying to make a point, smh. he's a fuckin clown. you went to college, AND? keenen put his WHOLE FAMILY ON & they took the baton & RAN WITH IT, as they should have. terrence j disrespectful AF. smfh.

Is Terrence J ok? Is he having a pre mid life crisis? Imagine trying to come for the Wayans…imagine trying to shit on them for doing what they were supposed to do….they put their entire family on and made sure everybody ate. It’s not anyone’s fault that you peaked on 106&park pic.twitter.com/eP5ljt9EiU