Basketball Wives’ Evelyn Lozada is speaking out about her ex-fiance, Carl Crawford, facing up to a decade in prison over an alleged domestic violence case.

Authorities arrested Carl Crawford last Thursday after he allegedly assaulted his ex. According to the woman, she and the former baseball player had ended their relationship but had agreed to talk at her apartment on May 8th. The unnamed victim claims that Crawford produced a firearm and began accusing her of having an affair with another man while beating her against the wall. When police arrived at the scene, they found pink areas on the woman’s neck and an injury to her right hand.

In a video on her IG, Evelyn Lozada noted that she has been bombarded with comments and allegations that she was also a victim of domestic violence at the hands of Carl Crawford. There are rumors that the two broke up because of domestic abuse, but Lozada is calling those claims bogus. 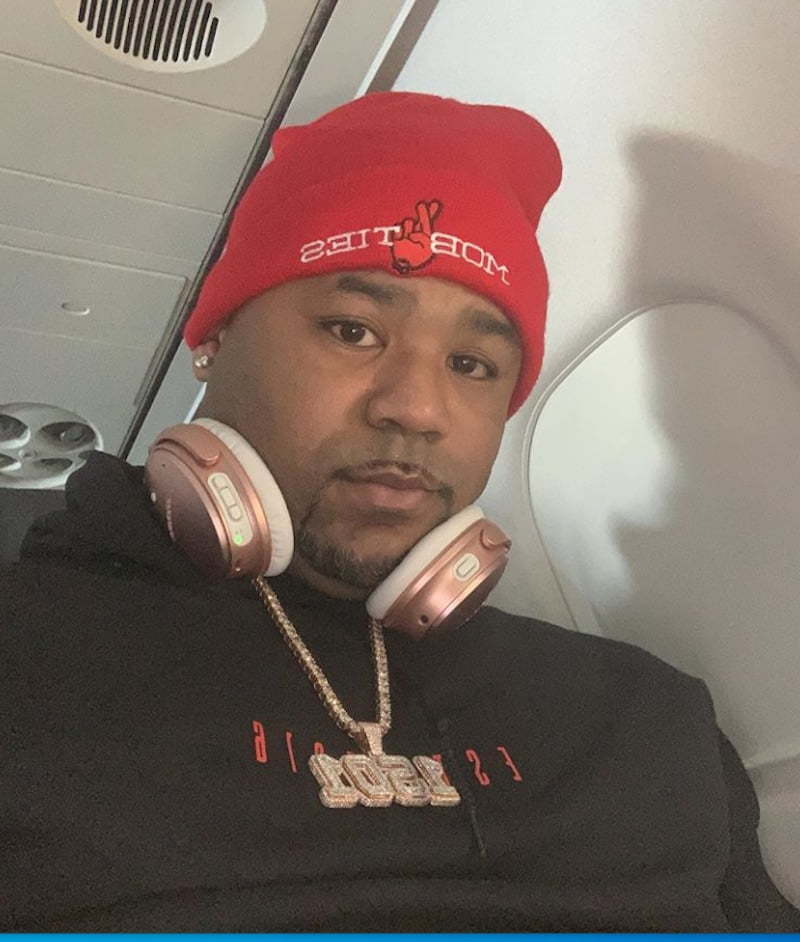 Crawford has since been charged with felony assault but was released on bail for $10,000. Under his bail conditions, the 38-year-old must keep his distance from the alleged victim, remain in the Houston area, and refrain from using any substances – particularly alcohol. He is facing a fine of $10,000, as well as a sentence of up to a decade in prison if convicted.

Carl Crawford, who founded the Houston-based indie record label, 1501 Certified Entertainment, is known for signing Megan Thee Stallion to the label when she was still an unknown. Thee Stallion recently revealed to fans that the terms of her contract were so unfair, that when her new management team, Roc Nation, pointed this out and she attempted to renegotiate with 1501, they prohibited her from releasing any new music. A legal battle ensued in which the court granted Megan a temporary restraining order, allowing her to drop her EP “Suga,” which spawned the Billboard Hot 100 hit “Savage.”

As Crawford awaits his domestic abuse court date next month, another of his exes has come to his defense. The music exec and Basketball Wives star, Evelyn Lozada, were arranged to get married at one point, and although cheating allegations ended their romance, she has insisted that Crawford was never abusive towards her during their relationship.

With all that’s going on in the world right now, I hate that I have to even address this… I will always be empathetic to ANYONE who has experienced any form of domestic violence and in NO WAY would I ever undermine anyone else’s alleged experience. That is their story to tell. However, after numerous calls, tweets, DM’s and bloggers claiming that I’ve said that my ex-fiancé, Carl Crawford, intimidated or physically hurt me, I felt I had to speak regarding my relationship with Carl. The Carl I’m hearing about lately is not the Carl I personally know. During our 4 Year engagement & while co-parenting our son, Carl has never been violent or threatening. We have a positive relationship. Again, I take the time to speak on this for my son, who I never want to grow up and feel as if his father hurt his mother in any way. I also do this because I won’t allow bloggers looking for clicks to manipulate MY story and take away from those women who need their true stories heard.  There is NO story here and I have no additional comments. If anyone is struggling with an abusive relationship and is looking for resources or help, please reach out to info@evelynlozadafoundation.org