Fresh off surviving a terrible car accident less than three weeks ago, Desha Raver is once again drawing headlines. However, the solidarity shared under her post explaining her miraculous escape from the wreckage was not the same below a post showing her recent ‘glow up’. The 28-year-old Ravers Clavers dancer took to Instagram to show off her new chrome skin as she posed in a blue dressed while perched in front of a new white car. While the first glance of the image may see you focusing on the new ride, a second look will definitely highlight that Desha is now many shades lighter than she was some months ago.

“YOU LOVE DIFFERENTLY WHEN YOU KNW GOD,” she captioned the post. With such a drastic transformation, it was only fair that she tagged the persons who made it possible. She name-dropped Wasp Radiants for her new glow. Based on the company’s Instagram bio, they currently supply their skin lightening products across the island and as well as worldwide.

They are also suppliers to other ‘toners’ Tommy Lee Sparta, Intence, and I Waata, among other notable figures in dancehall. Vybz Kartel’s attempt at normalizing the practice through his now-defunct cake soap brand and song “Colouring Book” may have been bashed in mainstream media. However, the move definitely helped to build on an already present phenomenon which helped to foster an increase in the number of persons using products to lighten the color of their skin.

Desha Ravers, the daughter of dancehall legend Beenie Man, seems to be caught up in a similar predicament as Addi once was. On one hand, she is receiving praises for her newfound look, and on the other, she is receiving a severe lashing from fans for her decision.

“Skin clean like supermarket shelf before Hurricane tho,” wrote one disciple to the new look before another teased, “Love the House color that you catch or the cake soap. White and clean.”

While the comments in support of her look filtered in aplenty, some folks were bashing her with the usual claims of self-hate and calls of black hypocrisy.

“Is it it fair to say I’m disappointed as a fan dat u bleaching?” asked one person who dropped a tear emoji to further reinforce her disapproval of the move.

“Why did you bleached your skin you look so beautiful before and now you look like a corpse sis,” came an unfiltered comment. The user then replied to one of Desha’s backers with another fiery response, “U don’t see how mental it is to bleach the top layers of ur skin off. Hate on what? Looking like a dead man walking white skin is not attractive. Am so disappointed I just didn’t think she was so uneducated to do this cus Beenie Man daughter.” 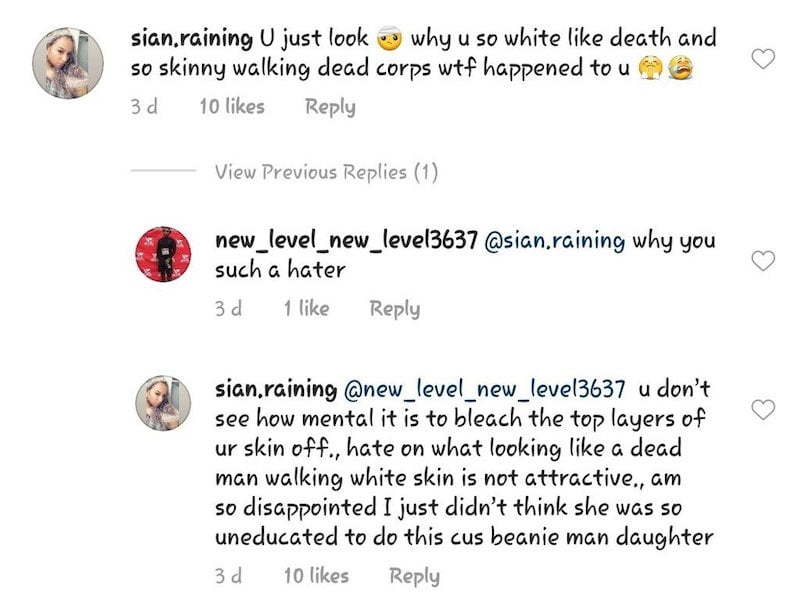 The comments in support of Desha’s move were frowned upon by many, with one person seeing the move as a cry for help and evidence of someone lacking in self-confidence.

“A year ago Spice spoke about this and look at y’all in the comments talking bout skin clean and pretty, black hypocrisy,” one fan wrote while invoking Spice infamous single, “Black Hypocrisy.”

Another fan invoked Vybz Kartel in the mix saying, “My girl yo no see it say bleach skin naan wear again all Kartel turn back black kmt.” 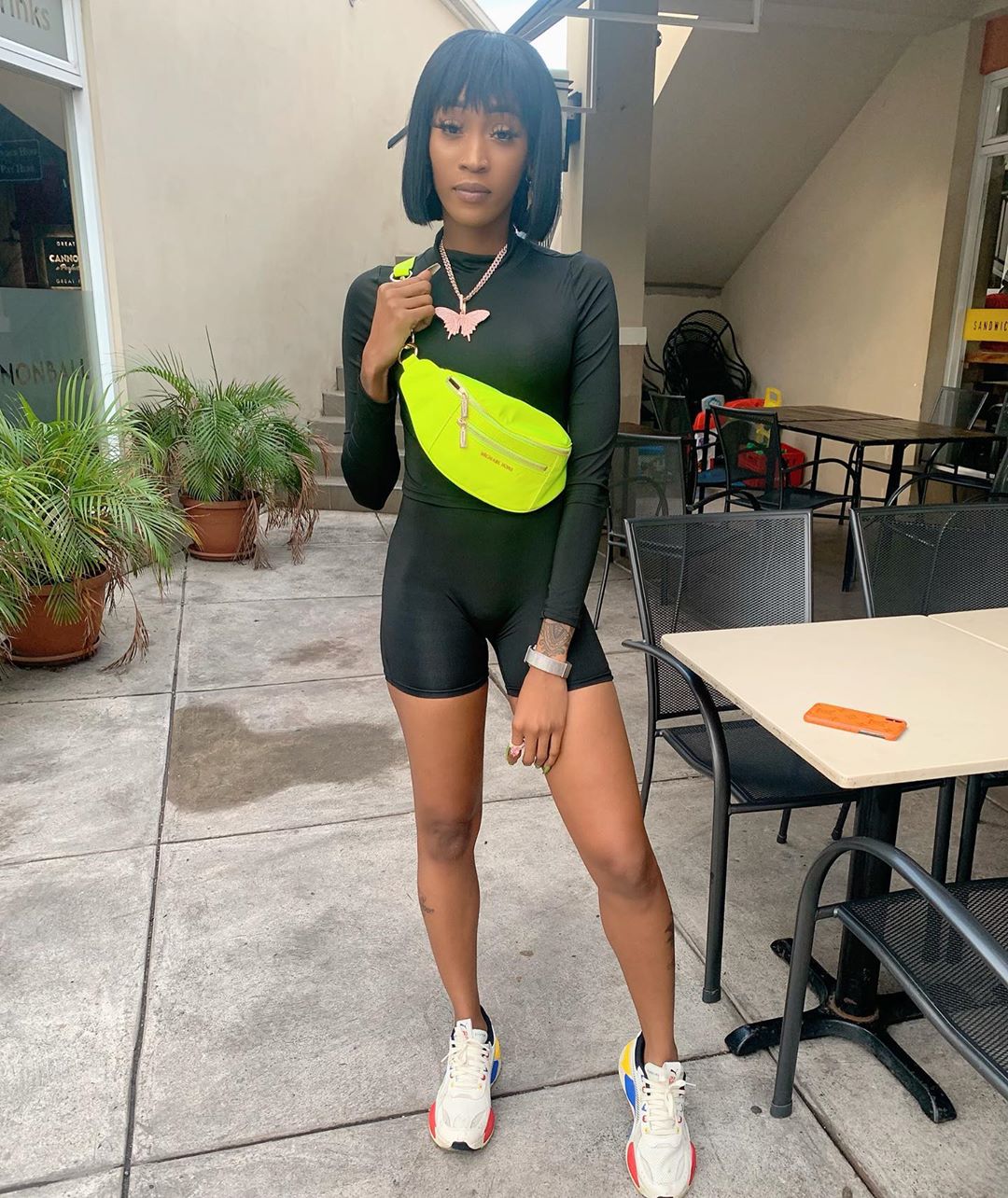 In 2018 Spice appeared to undergo a similar glow-up, which she used as the basis to launch a campaign lashing out against colorism/shadeism. While Spice’s overnight color switch was later revealed to be a hoax and merely a prop, her 2018 release titled “Black Hypocrisy” provides a hard-hitting stance on the global issue.