Lloyd is back with new music.

Though it’s been a while since we heard from Lloyd, the R&B sensation is set to make a comeback. Taking to social media today for a major announcement, Lloyd dropped off his new single, which features legend Teddy Riley and also told fans that it’s his first release off his upcoming album.

The new single called “Slow Wine Bass Line” with Teddy Riley is a smooth love song that talks about nothing beating a woman’s touch. After a long night of anticipation, Lloyd finally meets the object of his affection in the bedroom, where he proceeds to make himself “feel good,” as he indicated in the intro.

“I’ve been waiting all night / And I think it’s the right song / I pull on your waistline / I don’t wanna waste time / I wanna slow wine, do it to the bass line,” Lloyd sings on the track. 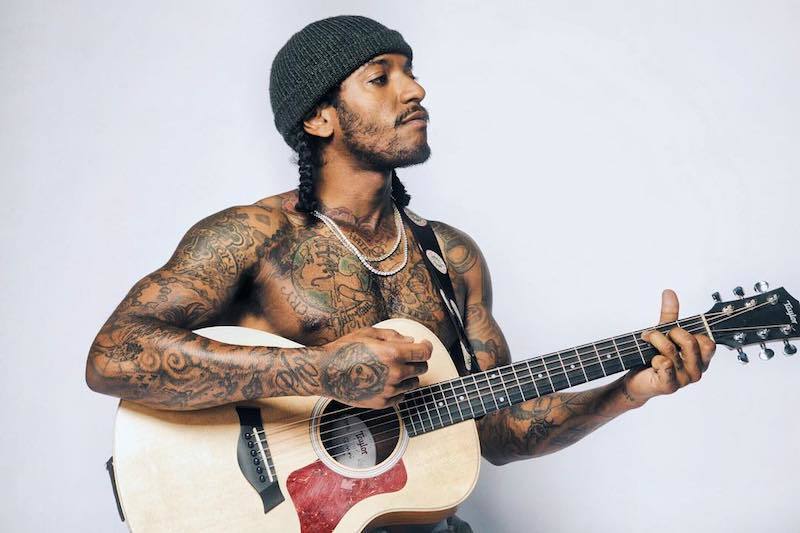 The singer did not mention the name of the new album or when it will be released, but he seemed excited just to be able to get back on the horse. “If music is what dreams are made of, I’d like to thank the almighty for yet again helping me make one of mine come true this day,” Lloyd wrote. “I’d like to personally thank the great @teddyriley1, @keithsweat, @rxdcxm, and @biglovejasper as I humbly present my first release from a soon to be announced new album.”

The Young Goldie Music production features a recurring sample from Keith Sweats’ timeless hit “Right and a Wrong Way,” which explains why he made it into Lloyd’s vote of thanks. The song also comes in an extended version with Teddy Riley in the outro.

Lloyd’s impending project will mark his first since his TRU LP in 2018, which featured songs like the Platinum-certified title track. He remixed another one of the album tracks, “Caramel,” with City Girls in 2019. Lloyd is perhaps most popularly known as the voice on the hook of the multi-Platinum Young Money breakout single “Bedrock.” However, back in the day, it was his suave looks and boyish smile that first captured fan’s hearts, and his incredible voice followed.

How do you feel about the R&B sweetheart of the early 2000s returning with a new album?