Blueface shares a video clip of his baby mama going berserk smashing everything in sight.

“Thotiana” rapper Blueface was clearly faced with a lot of drama today, after his girlfriend/baby mama Jaidyn Alexis was videoed demolishing his house with a metal pooper scooper. Blueface captured the scenes while laying low in his house and even had time to play the role of narrator, adding light commentary as Alexis went on her rant. From the videos uploaded to his Instagram Stories, you are able to see where she first tried the glass sliding door. However, when that wouldn’t break, she proceeded to try her luck with a window.

Throughout the ordeal, Blueface can be heard jokingly stating, “baby mama drama, am crip.” The rapper also dropped viewers a quick clue as to why Alexis went berserk. “Damn, I got some good d**k,” he commented as she attempted to scrape his Porche with the metal scoop.

Another short clip captured her taxing back to the sliding door of the rappers California home, and when it failed to break, she made her way to another window, which eventually shattered. She made her getaway almost immediately after the window shattered, leaving Blueface to comment on how hastily she took off. “Now she runnin’, look,” he commented. 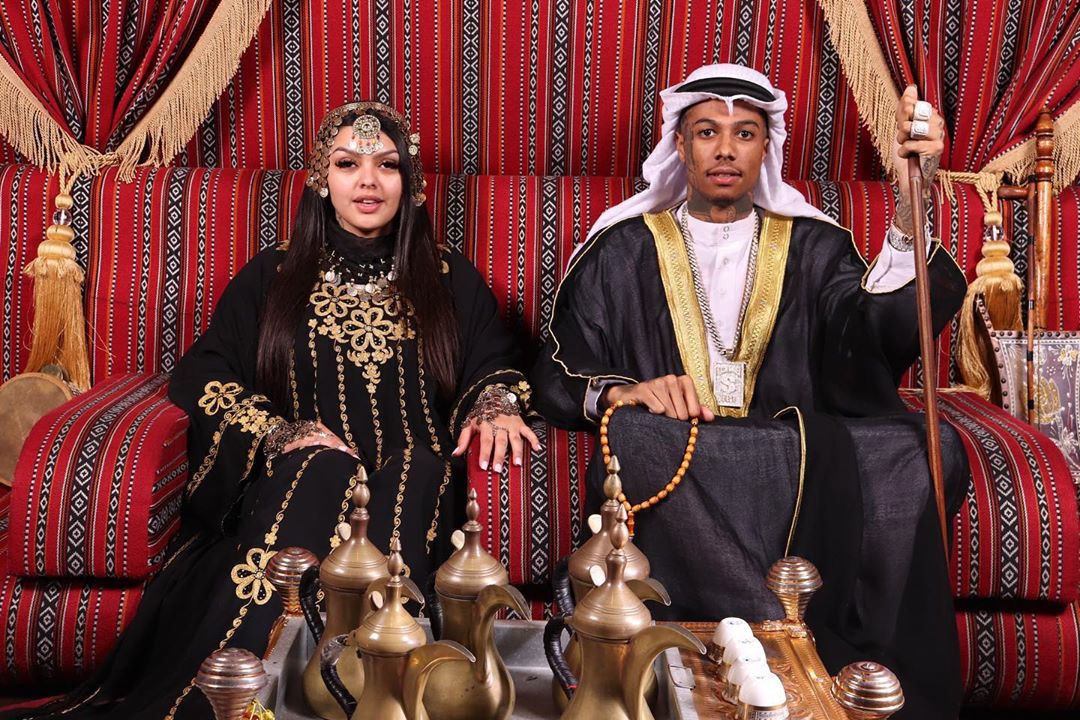 Alexis took to her Instagram to clear the air about why she thrashed Blueface’s place.

“Since we take sh*t to the gram,” she wrote on her Instagram Stories. “N**gas lick assh*le and then when b*tches do the pull up they run up stairs wit a scary b*tch. But we don’t see the footage of when a b*tch got inside now do we babe. Yea ight no n*gha, no b*tc & not even the cops gon do NOTHIN. # rappers call the cops THESE DAYS.” By the sound of things, it seems Blueface was caught with his hands in another female’s cookie jar.

This latest incident builds on another tense moment the couple shared on Mother’s Day. The video showed Alexis aggressively stacking a few paper cups while trying to ignore Blueface. However, the rapper still proceeded to engage in conversation even though all attempts proved futile. This eventually forced the rapper to conclude, “This is us today, guys. We don’t talk much but happy Mother’s Day!”

However, Blueface continued to badger his girlfriend with questions such as, “So are you not happy? Are we not happy?” Things got physical moments after, and Blueface was ordered to “Stop” before he got hit by one of the paper cups she was stacking. The rapper still wished her a happy Mother’s Day, but today’s incident shows that there are not okay in the camp.

For now, it seems their son Javaughan is the main source of light in their lives that is currently plagued with drama.

#blueface baby moms explains why she broke all his sh*t ?