Beenie Man is suggesting that 6ixx deejay Daddy1 is not a dancehall artiste and is instead a rapper.

It’s been just a few days since Beenie Man stopped by OnStage to air out his concerns about the current state of dancehall and what the youth are offering to the genre. While promoting his new track, with Singer J and Troublemekka titled, “Hands Up,” the veteran King of the Dancehall stopped by Frenz For Real Live Radio during their Mek We Reason session. During the interview, he served up more of what he dished out during the sitdown with Winford Williams, but this time singled out one of dancehall’s hottest new talents, Daddy1.

While on his quest to show just how much dancehall music has changed, he shaded the “Anthem” deejay by dubbing him as a rapper instead of a dancehall act. He recollected on sharing a stage with Daddy1 and not being able to comprehend most of the lyrics the 21-year-old was deejaying. Beenie dubbed his inability to fully understand Daddy1’s lyrics as one of his reasons he regards him as a rapper. In what sounded like an entangled snarl, Beenie proceeded to give his interpretation of how the “Custom” deejay sounded during the performance. Quite a hit at Daddy1! 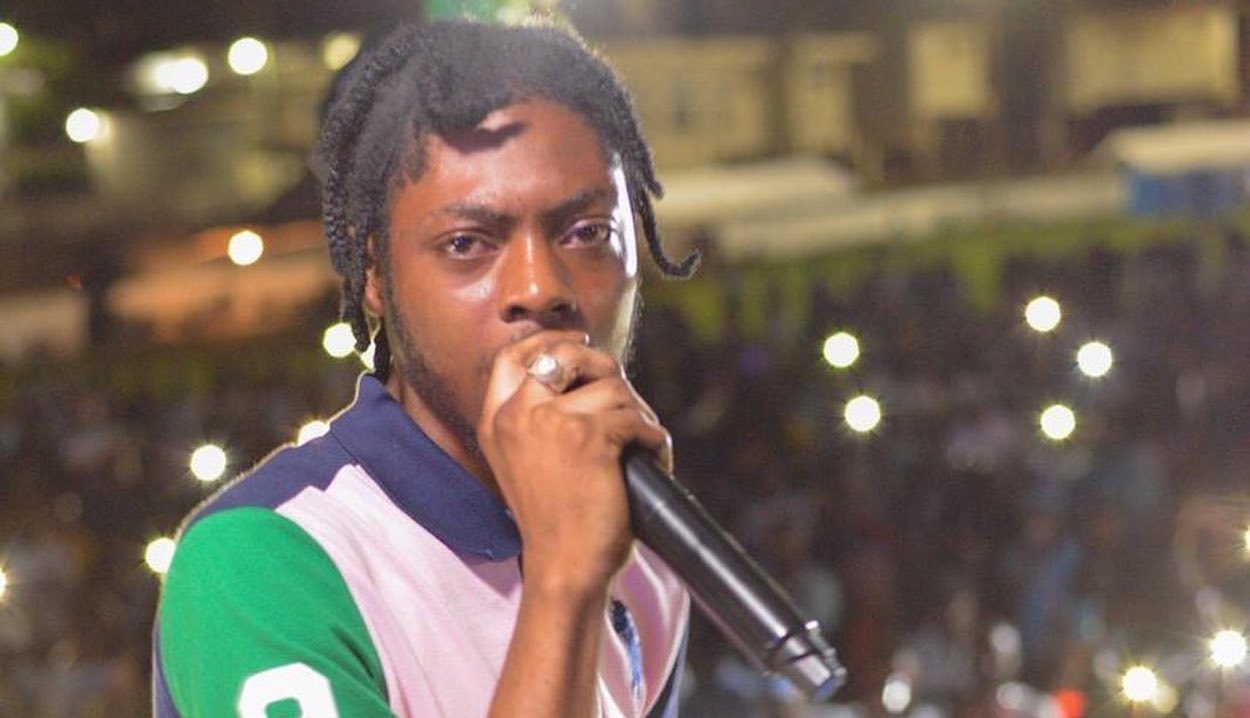 With clear and powerful vocals, backed by elaborate dancing, Beenie Man is considered one of Jamaica’s most electrifying performers and regularly sets the bar for what is expected from an entertainer, both locally and abroad.

However, Daddy1 falls among a different crop of artistes who pride themselves on bringing a new ‘trap’ sound to dancehall. Beenie sees this act as one of the things leading to the downfall of the genre. The Doc admitted that he didn’t know Daddy1 was a rap artiste, but let’s be clear; the 6ixx deejay classified himself as a dancehall artiste.

However, who is responsible for the new sound? Many would argue it is the responsibility of producers to shape the sound of a genre. Beenie believes no matter a producer throws at an entertainer, he should be able to remain grounded to the true sounds of dancehall, meanwhile conjuring a positive attitude to the core sounds of dancehall and not implement outside influences.

“Jamaican sound is that authenticity of drum and bass and likkle piano round dere so and likkle keyboard and ting and two piece ah guitar till it go to Dancehall drum and base and two likkle phrase,” mentioned Beenie, as evidence that there is no new dancehall sound. He continued that most of the beats have been mock-ups of the original 80s sound, which Beenie believes actually helps to preserve the genre.

Nonetheless, the shots at Daddy1 admittedly feel like a sour case of contraction for Beenie Man, who preached unity only days before.

You know big man thing, 99.9 % of the time Beenie man talk about young artiste it’s not in a good way! @kingbeenieman why u stay suh? When u did relevant you got your chance and still I can’t count one ute inna history u turn into a star or use ur platform to buss…I think u don’t like young artistes and wish ur music play until 2900 and no other artiste get to express themself…allow every man to express dem self within dancehall, as an elder u move too corrupt…you are a legend and provide we music and culture with nuff blessings, but actions like these Mek we Pree u a way… please allow artistes like @real_daddy_1 and others to express dem self it is called art, everything the ute dem do uno find fault with and uno nah call dem one side and guide or counsel dem but jus for a cheap hype like this yuh talk dem nonsense ya… me see u mix all gospel with dancehall!! And dem bash yuh, Leave the ute dem…when dem start diss u don’t say dem no have no manners .. allow dem to express dem self man #beenieman #daddy1

A post shared by BrandO Music Review Show (@brandomusicreviewshow) on May 6, 2020 at 9:58pm PDT