Tory Lanez might find himself in some legal troubles after his rumored girlfriend knocked out Celina Powell.

Tory Lanez’s Quarantine Radio has been keeping everyone inside for a while, but it seems Lanez and his companion, Joe Bidden’s former lover Kaylin Garcia, went ‘outside’ on hip hop groupie/model Celina Powell. According to reports by TMZ, the alleged incident occurred on Friday, outside a highrise building in Miami. Powell and Lanez have had their differences, and have regularly thrown fingers on social media.

While speaking on No Jumper in October, Powell claimed that Tory Lanez placed a bounty of a thousand dollars on her head. She has also been linked to other rappers and has claimed to have slept with many names in the industry, however, it has been hard to figure out if she has been capping on some of those allegations. In terms of the most recent incident, Powell mentioned that this was the first time that she and Tory were meeting in person, even though both of them have lived in the same building for some time. 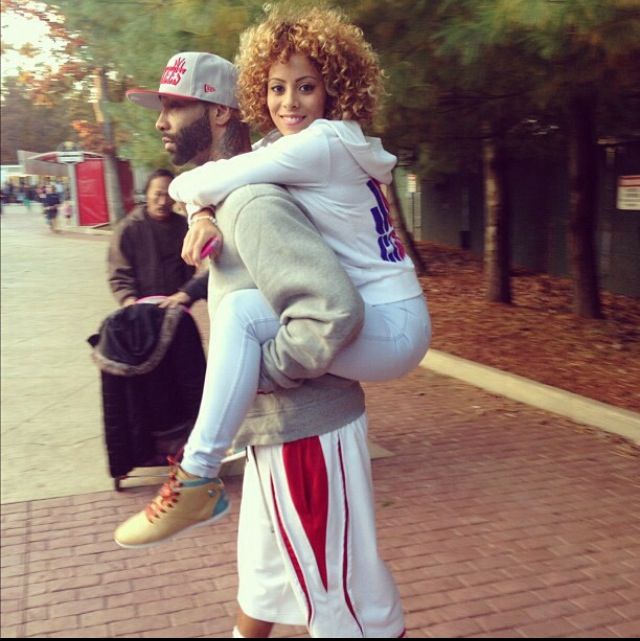 Celina Powell mentioned that she was standing outside the Miami building they both occupy when the Chixtape rapper approached and tried to snatch her phone. She allegedly stopped the phone from being taken away and proceeded to walk away. It was at this time that she was met by Garcia, who held her across the neck and shoulder before tackling her to the ground.

However, sources close to Lanez are calling the report of an initial attack from the Toronto rapper bogus. They mentioned that Tory was the victim in the incident, and Powell was the one who approached and began to “harass” the “Luv” maker. Powell running into Lanez for the first time was also contested, when the source told TMZ that Powell “once bragged about taking his money … and also allegedly posted his personal number online.”

The model supposedly blacked out and woke up with terrible bruises to her back and her neck following the attack. She also allegedly refused medical attention on the scene. However, she went to the hospital where she was treated.

There is apparently camera footage of Tory, Garcia, and Lanez’s bodyguard exiting the scene in a white Bentley own by the rapper, but there was no footage of the actual incident.

Garcia is currently being sought by police in relation to the incident. In the meantime, Powell posted a video of herself being transported in a wheelchair sporting a neckbrace. She left a pretty bold caption below the upload, penning, “See you in court b*tch.”

See you in court b*tch .