Lloyd Banks is clearly out of 50 Cent’s circle of trust for good just like Fif’s son Marquise Jackson.

Lloyd Banks began his career as part of the G-Unit family after founding the hip hop group alongside Fifty and Tony Yayo. The trio had grown up together in Queens, New York, and had a good run throughout the 2000s as they collaborated on projects between their solo releases. Lloyd Banks left G-Unit in June 2018, and although it appeared amicable at the time, it seems Lloyd and Fifty have since fallen out. Fellow former member, Trav, shared as much during a recent IG Live stream, revealing that Lloyd was upset because 50 Cent didn’t seem to have much sympathy when his dad passed away.

According to Trav, the callous response was due to 50 Cent not having a father. The “21 Questions” rapper addressed his relationship with his former friend in an interview with Big Boy a while back. 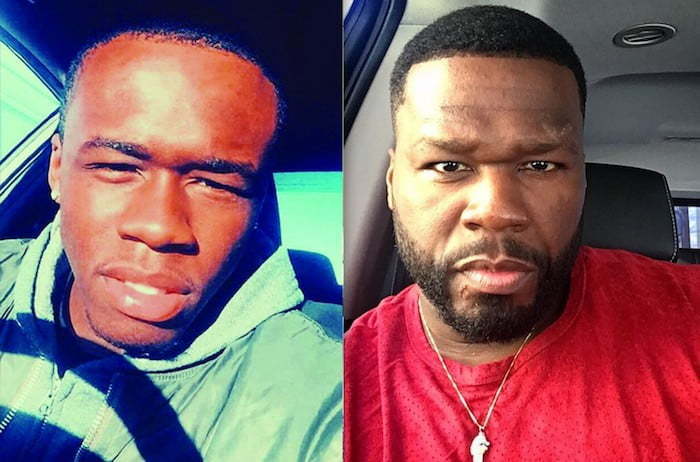 “I don’t even know,” 50 Cent climes when asked why he and Lloyd Banks were not on terms. “He couldn’t even tell you at any point when you speak to him where the problem is. I put him like where I put Marquise. There’s something internally going on with them which gives them some sort of resentment against me. I just don’t even care about what’s going.”

The mention of 50 Cent’s son Marquise Jackson is telling. The rapper has disowned his firstborn publicly for years and recently even said that he would choose Tekashi 6ix9ine over Marquise — someone whom he referred to as a son but also disowned after alleging that he was a snitch for turning state witness against his former Nine Trey Gangsta Bloods members. “I ain’t heard from 6ix9ine,” Fifty said on Instagram Live. “He’s his mother’s child now. He told on everybody. He better than Marquise, though. I’ll take him before I take my actual… f*** that n****.”

Can Lloyd expect an apology from Fif anytime soon? Not likely.