Instagram execs are clarifying that Quarantine Radio is not banned, as a matter of fact, they are fans of the show.

Tory Lanez recently launched his new Instagram Live program called ‘Quarantine Radio’ in wake of the pandemic and subsequent quarantine. The rapper turned Instagram DJ had some very successful stagings of the show, which ultimately led him to shatter the Instagram record for most viewers on a Live. The event that had gotten so popular that it garnered well over a quarter of a million users each show as was well on its way to becoming one of if not the biggest and most iconic web events that have been introduced since the world has been forced to slow its productivity.

This was before its flawless record was thwarted by Instagram restrictions. Fans were disappointed to learn that Quarantine Radio would be taking a little hiatus in light of Tory Lanez allegedly not observing the ‘no nudity’ law in the community guidelines for the platform. 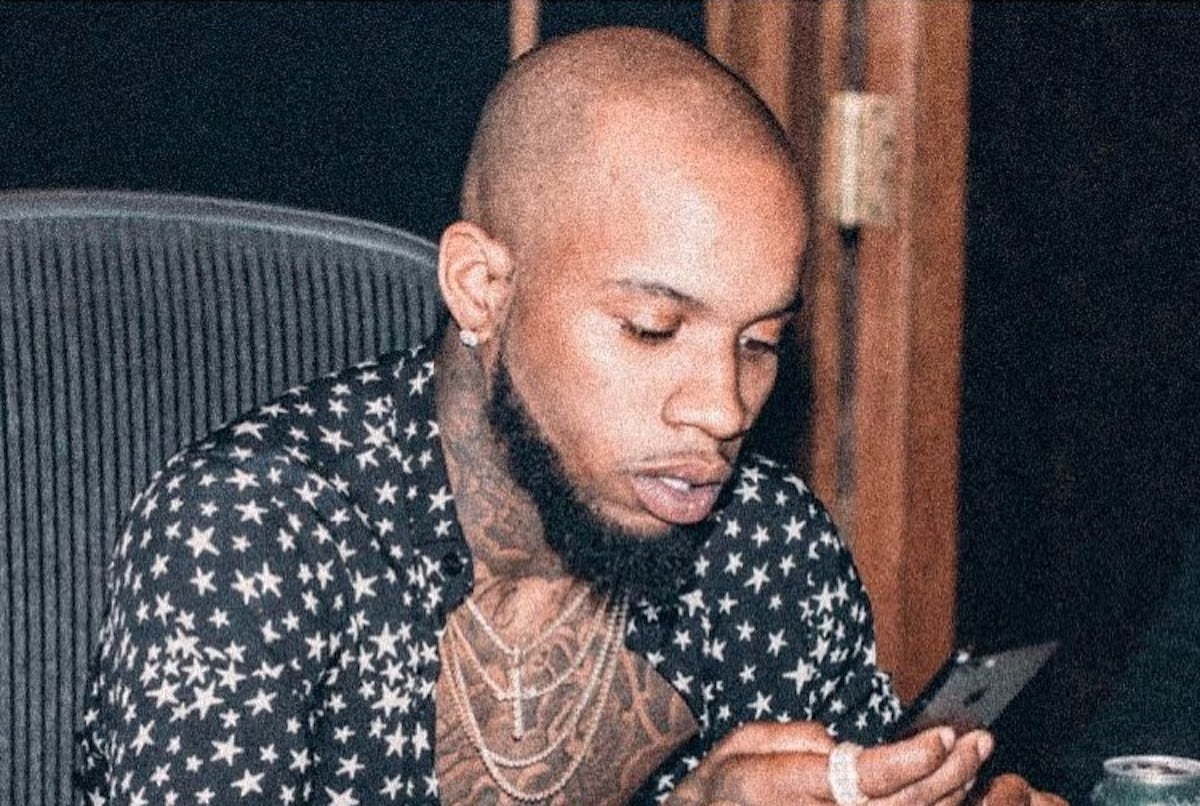 According to Instagram head Adam Mosseri who joined the Shaderoom on Instagram Live to discuss the party being shut down, they have no problem with Tory’s venture besides, of course, the ‘no nudity’ clause and hope it will resume soon. “Quarantine Radio is great, so shout out to Tory Lanez for that,” Mosseri said during the Live session on Instagram. “The lives have been great, the lives with the fans have been great but you can’t have nudity on Instagram,” he said.

Tory Lanez hilariously commented on the Live at this point with “I JUST WANNA BE FREE ADAM” but the sentiment went unseen by Mosseri, who continued to explain what caused Quarantine Radio to get a temporary suspension. “That’s part of our community guidelines, it’s part of the rules and we can’t make exceptions,” he said about prohibiting nudity on the platform.

“And on a couple of those lives, on two accounts, there was nudity so we had to stop the live. There’s a short period of time where you can’t go live again. We have to stick to the rules otherwise why do we have them?” he questioned before going back to praising Tory for what he has accomplished. “But generally, big fan of Tory Lanez, big fan of Quarantine Radio. I hope it comes back soon, but no nudity! We can’t have that.”

All I smell here is “?” pic.twitter.com/SR1EhvV2ZE

A lot of people, including Tory himself, think Instagram is totally capping on this one. One fan on Twitter argued that Tory Lanez never obstructed the ‘no nudity’ policy in any of the Live sessions. “Why the head of IG Cap on Tory Lanez like that last few quarantine radio shows had no nudity,” he wrote. Another said, “THERE WAS NO NUDITY ON QUARANTINE RADIO!!! GIVE @torylanez privileges back!”

Some fans are calling foul as they say they’ve witnessed strippers on Instagram performing Live long before Quarantine Radio, and they were never shut down. Clearly, the monumental number of people that Tory Lanez is able to reach with his famed social media live radio show must have been a huge factor in their decision to dismiss the show for a week. Quarantine Radio is set to return on April 14th. Do you think it will have a different vibe now that it’s been scrutinized so closely?