Offset was forced to address fresh cheating allegations after a video of him went viral.

Ever so often, the Migos rapper and his wife Cardi B are rocked with cheating allegations, but for a while, Offset has been holding up to the test of social media. In December 2018, the Bronx rapper moved out of the home she shared with the Atlanta trapper with their daughter Kulture. At the time, Set was accused of having an affair with another woman. For a moment, it appears that they were heading for a divorce, but they prevailed, and he vowed to be a better man and a better husband to Cardi B.

At least one time since that incident, Offset and Cardi B was rocked by cheating allegations again, but it turns out that his social media accounts were hacked and the hackers DM Tekashi 6ix9ine’s girlfriend Jade. She posted a screenshot on IG while calling out the “Culture” rapper, but we later learned that he got hacked. 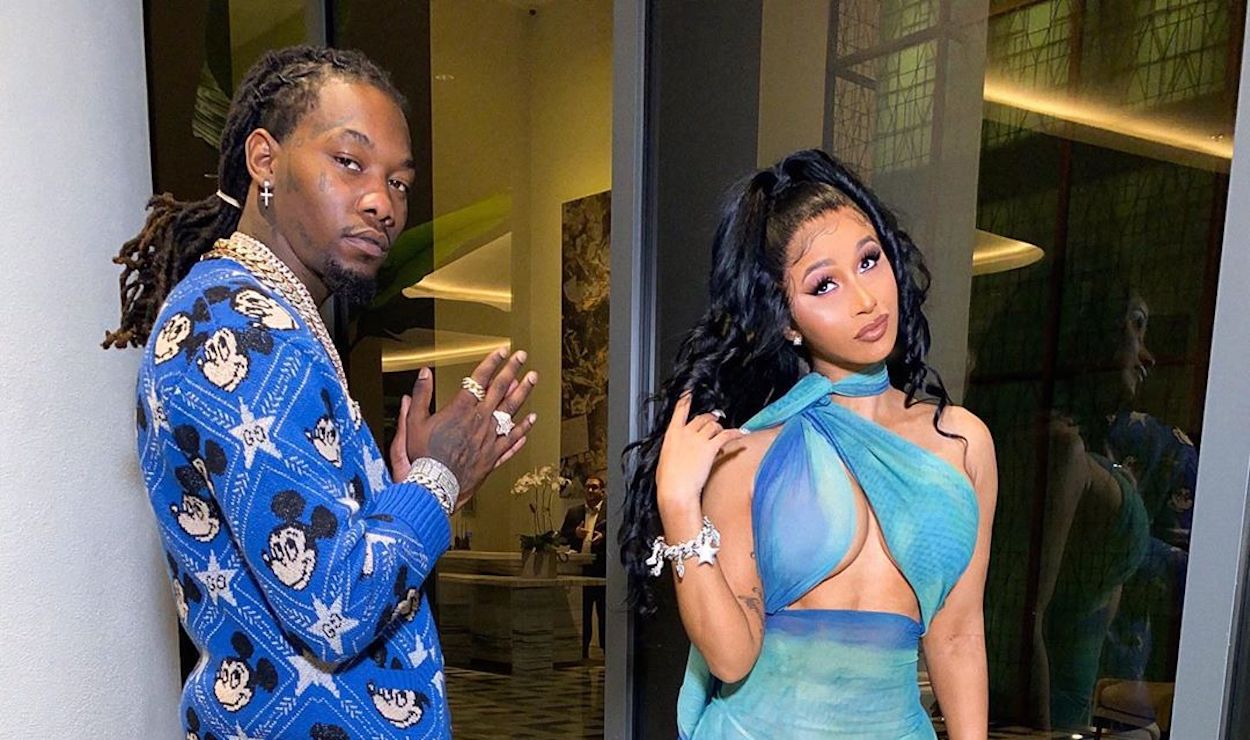 A video clip is now making the rounds on social media showing Offset playing a video game. At the time, he was streaming on Instagram when Cardi B walked into the room. It appears that the rapper then grabbed his phone from off a surface and put it in his pocket, and then he appears to delete something off his phone. The Migos MC is now responding to allegations he is still cheating on Cardi B.

“I know y’all making something outta nothing outta that stream when I was playing a game and my girl came in the room and I grabbed the phone, whatever the hell y’all saying,” Set said.

According to Offset, people are really reaching with this one and trying to bring negativity to his family. “Ease up on my family, that wasn’t nothing when I grabbed my phone,” he continues. “I ain’t even look, make a call, FaceTime, anything on my phone.”

Perhaps folks are just reaching with this one, or perhaps the video looks a bit shady. Either way, its good that Offset sets the record straight.

#offset responds to cheating allegations. After a video of him live streaming on the game surface.. (Full video link in bio on our twitter) |#cardib