Nicki Minaj and her husband will not be taking any international trips for a while as Kenneth “Zoo” Petty had to hand in his passport to authorities.

The couple got married last October after having dated for a little less than a year. Nicki Minaj knew Petty since their younger days and has previously had to speak about the fact that her now-husband is a registered sex offender. Petty’s past caught up to him when was arrested Wednesday after he turned himself in to U.S. Marshals for failing to register as a sex-offender in California when he moved from New York.  TMZ reported that the 41-year-old appeared in front of a judge and pled not guilty later that afternoon, and was set to post a $100,000 bond.

Petty caught a break from the judge who ordered him to wear an ankle monitor and be placed on a curfew after prosecutors suggested he be placed on house arrest. But he was forced to give up his passport and can only travel within Southern California. 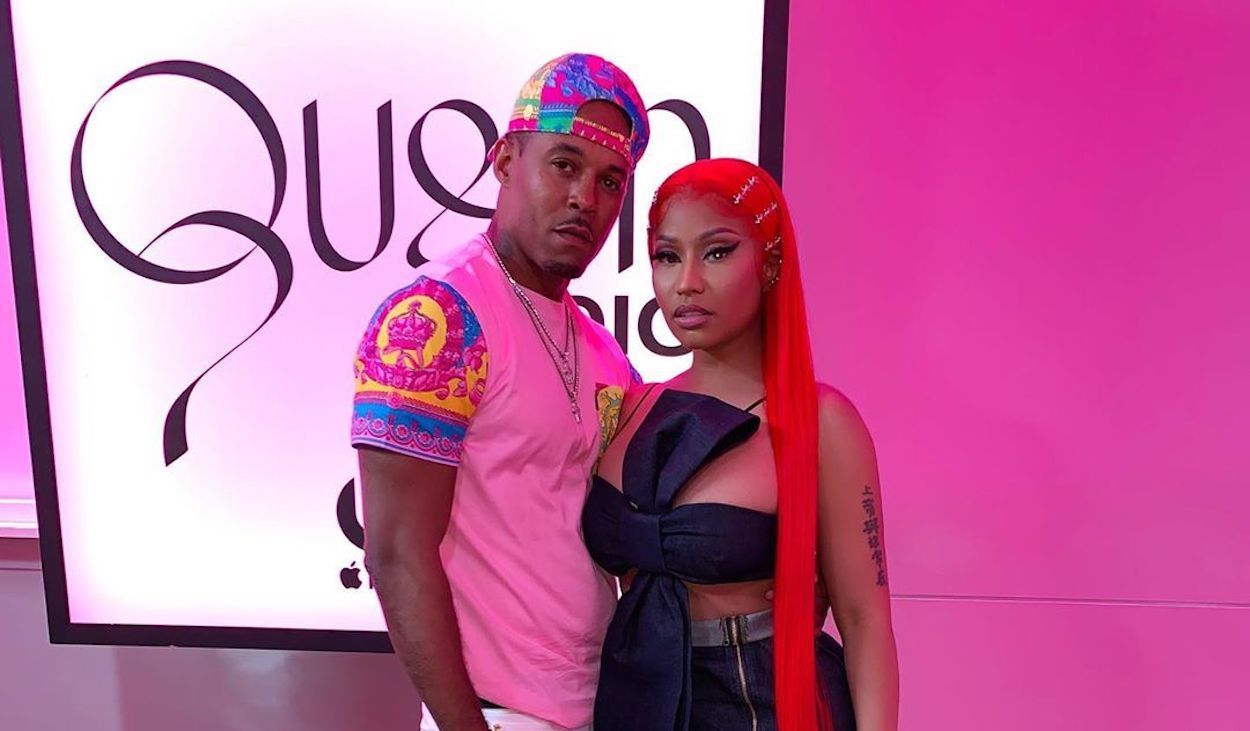 Zoo was added to the registry in 1995 after he was convicted of attempted first-degree rape. Both he and his victim were under the legal age limit at the time. The teenager spent just shy of four years behind bars and was released in January 1999. Nicki has been vocal about defending her husband’s actions, and went as far as to write on Instagram, “He was 15, she was 16… in a relationship. But go awf Internet. y’all can’t run my life. Y’all can’t even run y’all own life.”

As part of his conviction, Petty must register as a sex offender wherever he resides. While this had already been done in New York where he served time, he moved to California after marrying the “Superbass” rapper and failed to update the system.

His latest arrest was comes months after Petty was stopped in traffic by Beverly Hills cops in November, who charged him with failing to register in the Sunshine state. He was released on $20,000. His procrastination has now resulted in him turning himself in to authorities.

The judge also ordered that Zoo refrain from using drugs including marijuana although it’s Legal in L.A. Another hearing is scheduled for March 23, TMZ said.

He faces a sentence of up to 10 years in jail after having already spent a decade in a cell between 2006 and 2016 after pleading guilty to first-degree manslaughter.