Does Kim Kardashian has competition when it comes to breaking the internet, in the form of Apryl Jones?

Everyone remembers back in 2014 when the cover of Paper Magazine flashed the reality star, well, flashing. Jean-Paul Goude shot the infamous photo of the mother of two in which she has her hair done up, is wearing pearls, and little else. In the sultry snap, Kim Kardashian looks over her shoulder to the camera and pulls down her black dress to expose her voluptuous behind. The picture got loads of people talking, with some saying it was inappropriate considering her role as a mother, while others praised her for proudly embracing her body.

Six years on, another reality star has attempted to snap the internet in two. Apryl Jones posted a photo last week to promote a butt plumping ointment, and let’s just say that the results speak for themselves. 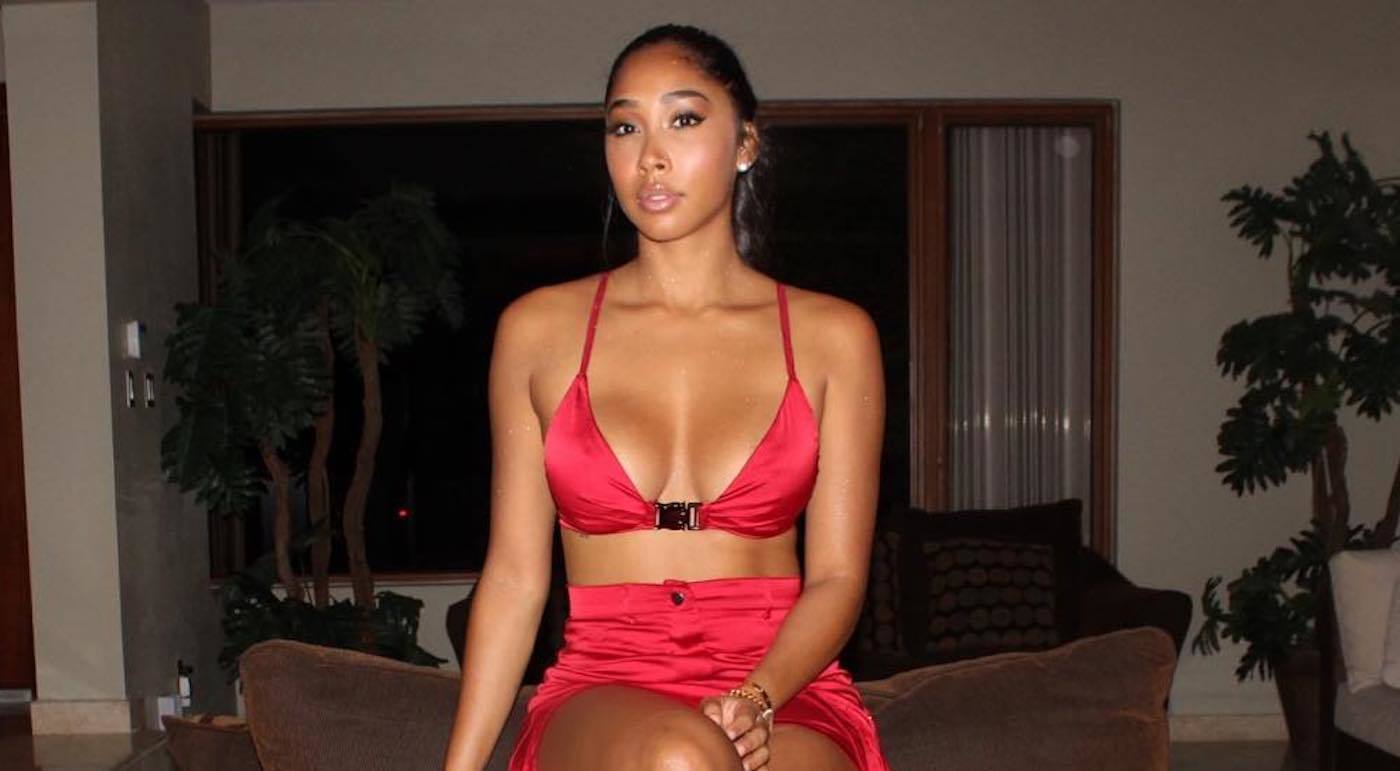 “How are you guys keeping up with your @pureleef products? I keep one of my butt & body plumping cream jars in my gym bag, one in my travel bag, and one on top of my counter so I never forget,” she wrote on Instagram alongside a picture of herself holding the product. Similarly to Mrs. West, Apryl Jones eyes the camera over her shoulder with her plump backside in full view. Unlike Kim, the “Love & Hip Hop: Hollywood” star is clothed — but just — as she wears a lacy black thonged leotard piece of lingerie.

We’re sure that fewer are sorry over the sight than Lil Fizz, who dated Apryl Jones for at least a year after the pair hooked up on “Love & Hip Hop.” The couple recently split up with Apryl, seemingly taking full advantage of her new-found singledom. According to her, dozens of celebs from Shaquille O’Neal to ASAP Rocky and The Game have tried to shoot their shot.

How are you guys keeping up with your @pureleef products? I keep one of my butt & body plumping cream jars in my gym bag, one in my travel bag, and one on top of my counter so I never forget. ……… guys treat your girl to an extra jar using my discount code or ladies you can treat yourself this Valentines Day!??Code- “AprylsVday”