Cardi B’s very pregnant best friend Star Brim has been indicted in a massive takedown of the Bloods gang in New York City.

In recent times the state of New York has been beefing up its war on street gangs, particularly the Bloods Gang, which saw a part of its network being taken down by the feds with the help of rapper turn snitch Tekashi 6ix9ine. This time the feds decided to position their efforts to Southern District of New York, making their latest hit the violent Bloods subset 59 Brims. The organization was dealt a hard blow, with up to 18 persons being held, including a few of their top generals such as Star Brim.

Star Brim, whose real name is Yonette Respass, is best known to the mainstream audiences around the world for being one of Cardi B’s best friends. The two are regularly photographed together with Cardi, even dedicating a few posts to her Social Media in favor of her friend. One of the most heartwarming ‘tributes’ from Cardi came in 2018 when Star was set to head to jail for a previous incident. Cardi applauded her friend’s hustling mentality and also gave an inside look into Star’s life.

While her life was looking to be pointing in the right direction, it’s still not surprising that federal agents have had their eyes on Star Brim. According to NBC New York, records obtained by prosecutors seemingly show that she is the highest-ranking female member in the gang. She obtained the position of “Godmother,” symbolizing that all other females report to her. 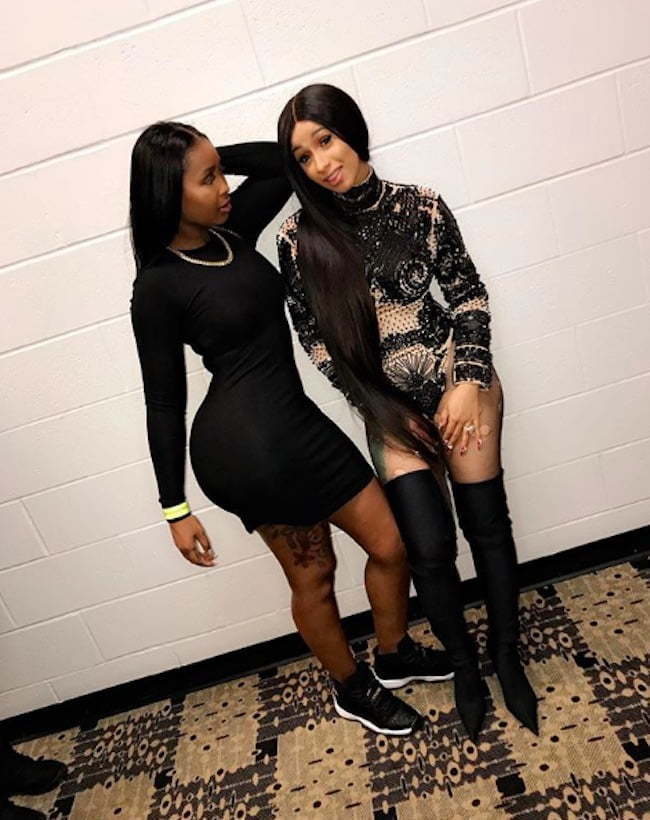 One thing is for sure, her latest run-in with the law comes at a very strange time since Star is actually pregnant, and with her date of delivery close, it may be a tricky situation for law enforcement and prosecutors. The official word is that she will not be arrested until she gives birth. Prosecutors are also currently working out the details for a self-surrender. The current charges stacked against her include bodily arm from apparently slashing someone and her participation in a racketeering conspiracy.

Through documents obtained, law enforcement discovered that the gang had two different structures, one for the persons in prison and another for the members on the streets. The “Godfather” of the street division, Willie Evans, better known as “Mills” was also nabbed and is also being slapped with racketeering charges along with two counts of murder, in addition to other charges. Another noteworthy grab for the police includes the former “Godmother,” Jerlaine Little, who goes by the street name “Noni.”

Late last year, rapper Cardi B was listed as a member of the Bloods gang by Daniel Hernandez, better known as rapper Tekashi 6ix9ine, while he was being crossed examined by prosecutors in his testimony against his former Nine Trey Bloods gang members. Cardi denied being a part of a gang, and during a recent GQ interview, the “Bodak Yellow” rapper confessed that she hung out with the gang when she was 16, however, she never committed instead deciding to try her hand at exotic dancing.