Nicki Minaj could not help but shade Meek Mill on Queen Radio earlier this week.

When Nicki Minaj announced that she would be bringing Queen Radio on Monday, in its first episode for the year, she hinted that she would discuss some of the juicy topics about her that have been at the forefront of social media conversations. I mean, there are so many she could have just picked from a hat. Instead, Nicki chose the high road and made the episodes about the fans, she did not really address any of the controversies at all – or so we thought.

The rapper who recently released a new single called “Yikes” almost went the whole episode without throwing any shade, but when she saw a mild opportunity, it seems she had to get the edge off.

Nicki’s DJ on her Apple Music radio show was spinning her 2018 track “Chun Swae” when she demanded that the song be reminded. The part she wanted us to hear was actually a message for her ex (no surprise there). “Yo, I’m me, I’m Barbie drippin’ / DB9, Barbie whippin’ / If he say he don’t want me back, he be lyin’.”

We know Nicki Minaj has been accusing Meek Mill of not being able to move on after their bitter breakup. She shouted it during their recent clothing store brawl that went viral, as well as recently when the ex-couple was going back and forth online. “Trigger fingers turn to #TwitterFingers bad built face ass obsessed with the Queen,” Nicki wrote on Instagram. The Queen Radio host also said on her own social media that Meek’s pregnant girlfriend must be embarrassed, and he should just move on. 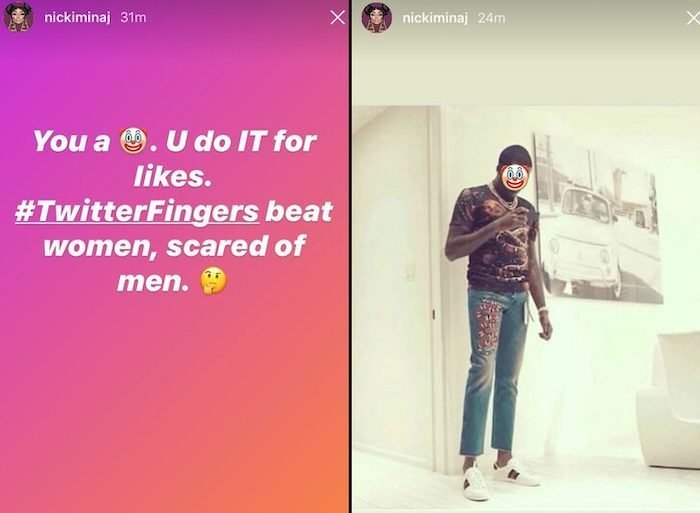 Just when we think these two are finally done with the controversial ex-lover’s quarrel, they’re back to subliminal shots. Let’s see if the expecting dad, Meek Mill, will overlook this one and focus on his family.