The fallout from the Nicki Minaj vs. Meek Mill feud continues with various rappers weighing in.

600 Breezy’s twitter fingers were quick yesterday as he interjected himself directly into the former couples public spat, offering to off Nicki Minaj’s husband, Kenneth Petty, following the ex’s nasty exchange on social media. Breezy, an alleged member of the Black Disciples gang, tweeted from his account yesterday afternoon to offer his services to Meek, “Aye Meek for a small fee I kno some n*ggas that’ll make her a widow I’m just the messenger,” the Chicago rapper said in a now-deleted tweet.

600 Breezy followed up his disturbing tweet, with an odd humble brag. He tweeted, “Y’all ass the police b*tch it was Xbox’s and flat screen tv’s with cable in the prison I was in. And real food, and women counselors and nurses and teachers with fat a*ses. I’ll be right for 6to8 months f**k you.” 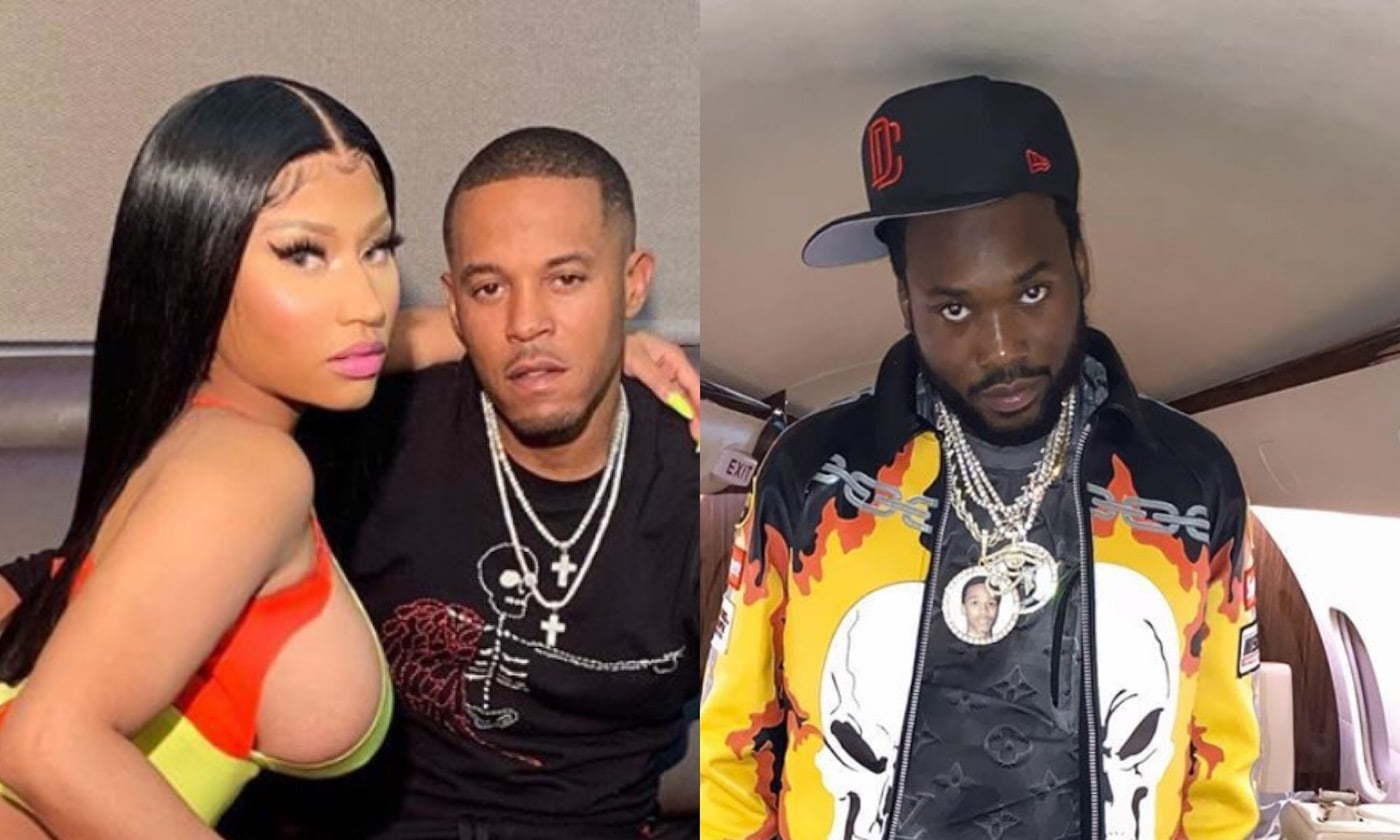 While it’s unknown if 600 Breezy has a personal beef with the Queen, we do know he has a close friendship with rapper Drake who has played middleman between Nicki and Meek in the past.

Meek has yet to respond to the tweet, and Breezy has since deleted the post. Rapper, Moneybagg Yo, also commented on the feud.

Moneybagg appeared unimpressed by Meek’s petty social media antics. He posted to Instagram, “If [you] like or double-tap some f*k s**t somebody posted [about] a n***a … don’t act like [you] cool wit the n***a that it’s [about] when [you] see him..ion get [people],” he wrote.

The entire conflict began to unfold after Meek liked a photo poking fun at Kenneth’s [Nicki’s husband] outfit in an image uploaded to Instagram. Apparently, Kenneth’s shirt was from the popular hip-hop clothing store, Jimmy Jazz, assumingly not a designer fit. From there, things escalated quickly and Nicki used her Instagram story to share images of Meek with the clown emoji covering his face. She even went so far as to accuse the Philadelphia rapper of beating women. “You a [clown emoji]. U do IT for likes. #TwitterFingers beat women, scared of men,” she wrote.

Meek responded to the accusations, by attacking Nicki’s brothers. “The only way you can try to kill my career is to say I beat women,” Meek tweeted, before bringing up her brother’s sexual assault conviction. “Talk about ya brother convicted of rape and you been knew and paid for his lawyer,” he added. “Ya little brother touched that lil girl too! You know I know.”

He followed up this bombshell with a few more jabs about Minaj calling her hateful, and claiming her bag is getting low.

After a few unanswered tweets, Nicki responded. “Imagine talking about an alleged rape of a child to hurt someone who wasn’t involved just so ppl can dislike me. You can never stand on your own. You won’t tell ppl the mother is on tape asking me for $20 million to make the charge go away tho. U was around. U know. See u soon.”

It appears Meek and Nicki have a lot of unresolved businesses to handle.

600 Breezy doesn’t have enoug money to make this kind of threat ??? #yikes pic.twitter.com/KiT4JAoVgz