Colin Kaepernick sent some subtle shots towards Beyonce and Jay-Z.

Colin Kaepernick expressed his disappointment with Jay-Z and Beyonce‘s decision to remain seated during the National Anthem at Super Bowl LIV. On Monday, Kaepernick took to his Instagram story to express his skepticism regarding Jay-Z intentions surrounding the NFL’s commitment to social justice. The former 49ers quarterback reposted a story initially shared by podcaster Miko Grimes which was a screenshot of TMZ’s article reporting that the Carters didn’t rise for the anthem. He included a thinking face Bitmoji with the caption, “I thought we were ‘passed kneeling’ tho?”

Kaepernick’s girlfriend,  Nessa Diab also shared the story with the same caption. During the NFL offseason last year — as the league continued to experience public relation fallout from organizations supporting or steering clear of the league after it’s decision to ice Colin Kaepernick — Jay-Z and Roc Nation stepped into “help.” The hip-hop mogul signed onto a partnership to oversee the Super Bowl’s half-time show, non-football events, and work with it on social justice initiatives. 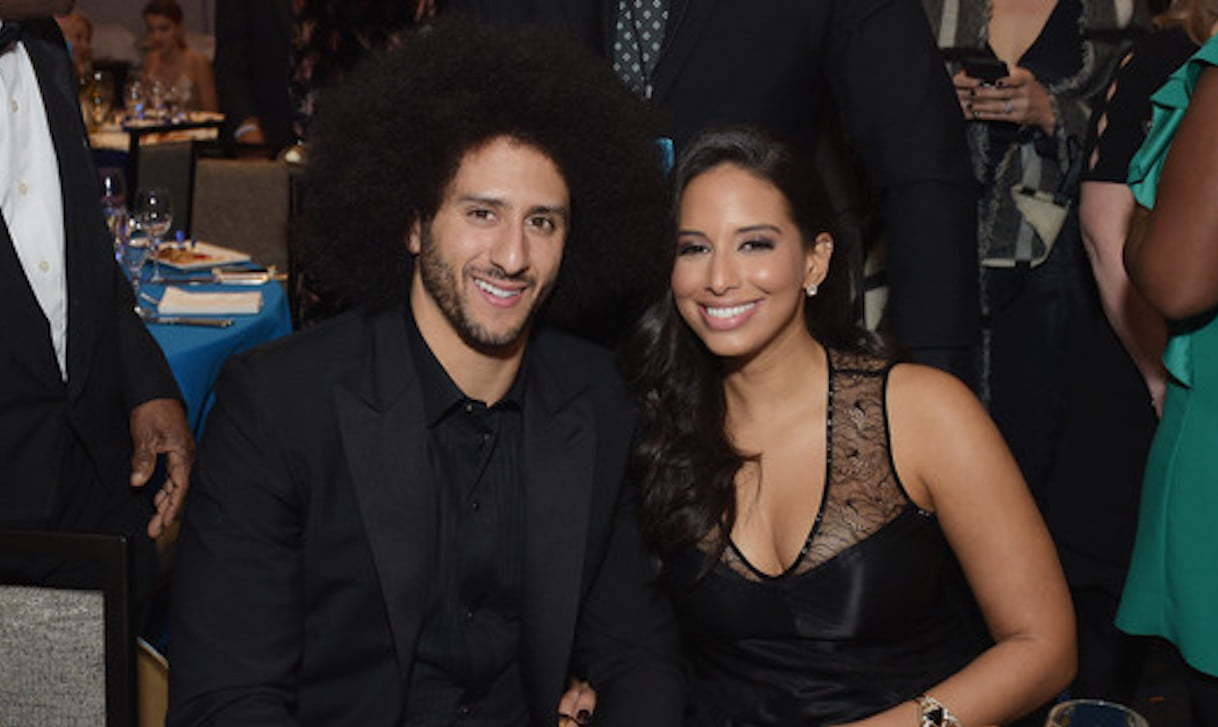 Jay’s controversial decision to team up with league received immediate backlash, and things ultimately hit the fan during a press conference held after the Roc Nation-NFL deal was announced. Jay-Z stated that protesters are “passed kneeling” as a means of communicating their discontent with race relations in America.

Many supporters of Kap took offense with this reference. Famed journalist, and former ESPN host Jemele Hill even penned an op-ed critiquing Jay’s move. Despite Jay’s explanation many still questioned his actions.

“I’m not minimizing [protests] because that has to happen, that’s a necessary part of the process,” Jay said last year. “And now we all know what’s going on. What are we going to do? How are we gonna stop, because the kneeling was not about a job, it was about injustice. Let me bring attention to injustice. Everyone’s saying, ‘How are you going forward if Kaep doesn’t have a job.’ This wasn’t about him having a job. That became a part of the discussion. He was kneeling to bring attention to injustice. We know what it is. Now how do we address the injustice?”

Kaepernick’s team has not made an official statement since the Super Bowl, but Jay-Z’s camp has doubled down on their stance. During a recent interview with the New York Times he argued that the greatest chance for change would come from working with the organization.

“No one is saying he hasn’t been done wrong,” Jay said discussing Kaepernick. “He was done wrong. I would understand if it was three months ago. But it was three years ago and someone needs to say, ‘What do we do now – because people are still dying?”

Oop! Looks like #ColinKaepernick & his boo #Nessa may have questions about #JayZ & #Beyonce sitting down during the singing of the national anthem at the Super Bowl ? (SWIPE)