Mavado and Jahmiel hit back at Vybz Kartel.

The Gaza/Gully beef may be a bit dormant, but the elements/persons who were involved in the combustible concoction are still active and are still taking jabs at each other. The initial beef started with Mavado and Vybz Kartel, but the Gaza army formed a united front, and so did Mavado’s Gully troops. The start of the late 2000s and early 2010s saw the beef between the two camps getting physical, with suspected shootings among other things acts.

Today’s attacks are not as barefaced as a decade ago, and take on a more subliminal strategy, acted out on social media. What do we mean by this? Let’s go through a few Instagram posts to highlight.

This week, Vybz Kartel took some time from his ‘busy’ schedule, promoting To Tanesha, to post a throwback video of himself spitting a few quick rhymes after landing in Amsterdam. The caption was what caught the eyes of many persons, as a section of it read “#BigUp every artiste ( except dem 3 priest deh ).” It’s almost certain that the ‘3 priests’ in question are Mavado, Alkaline, and Jahmiel, which have joined forces to form MVP. The caption to the post has since been changed to “#’s dont lie. Beat dat or STFU.” 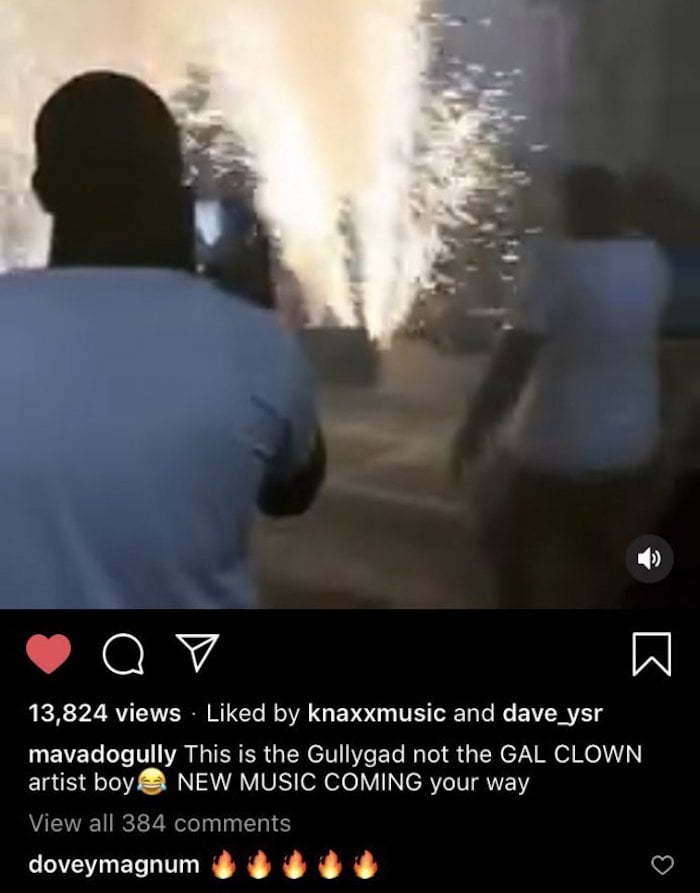 The updated comment seems to be more fitting, as it has become a war of numbers. Unruly boss Popcaan, who was a protege of Vybz Kartel, made a post of a similar nature. Popcaan posted a screenshot of a piece that Irie Fm ran on himself, Vybz Kartel and Gyptian, for their songs being included in Pitchfork’s list of best 200 tracks of the last decade. Popcaan captioned his post as follows: “me done tell unu already enuh!!!! numbers don’t lie.”

Vybz Kartel reposted with the same screenshot and captioned his as follows: “Look if u see dem …sorry…no…#pitchfork #top200ofthedecade #2010s.”

Members of the MVP squad have been a bit tight-lipped about the jabs, but now it seems that both Mavado and Jahmiel have issued a response to all the touting from Kartel and the Unruly camp. Pretty much all of the shots that have been fired have been done in the caption and comment sections below posts. Therefore, the responses had to follow the same pattern.

Jahmiel shared a video about 3 days ago, showing himself setting a crowd of patrons ablaze with an energetic performance. He captioned the post with one line, “dem a nuh nobADDI.” If it sounds familiar, you have been a great student of the dancehall, as the line is taken directly from Vybz Kartel’s 2019 track, “Badmind.” The Patriotz boss even went as far as to change the spelling of the word ‘nobody’ for his followers to better decodes who the post was aimed at.

Mavado also took a jab at Vybz Kartel, posting a performance of himself, which he captioned, “This is the Gullygad not the GAL CLOWN artist boy [Laughing emoji] NEW MUSIC COMING your way.” Clearly, Vado is taking a crack at Kartel for the release of the album To Tanesha, which details the ins and outs of the relationship between Kartel and his baby mother, Shorty. Mavado has since deleted the post seemingly to avoid all the negativity that comes with the name-calling.

Alkaline may be the only one who seems unbothered by the situation as he is the only act from the MVP camp who has not posted some video or clip aimed at their rival.

The fans continue to pick sides, with MVP fans outlining why their camp is the best and Unruly and Gaza fans doing the same.