Beyoncé is coming under fire from fans and Lizzo for shutting out plus size females out of her Ivy Park collaboration with Adidas.

Beyoncé’s now sold out Ivy Park collection has sparked all sorts of mass hysteria with fans standing hours in long lines, and waiting days in online wait rooms to snag items from the highly anticipated release. Celebrities even joined in on the “fandemonium” by recording and sharing stylish unboxing videos to their social media pages. Everyone from Ellen DeGeneres, Meg Thee Stallion, La La Anthony, to teen star Yara Shahidi shared their mobile orange and maroon closet.

But with great success comes great controversy, quickly followers noted that mega-star Lizzo was not gifted a customized Ivy Park box (initially). And many began to take issue with the fact that the brand didn’t go up to plus sizes. Currently, Ivy Park offers items in sizes XS to XL, and some of her own fans are clearly not happy about that. This pretty much means that the size range is the same as 0 to 2 up to 16 to 18 in US dress size, per Adidas. 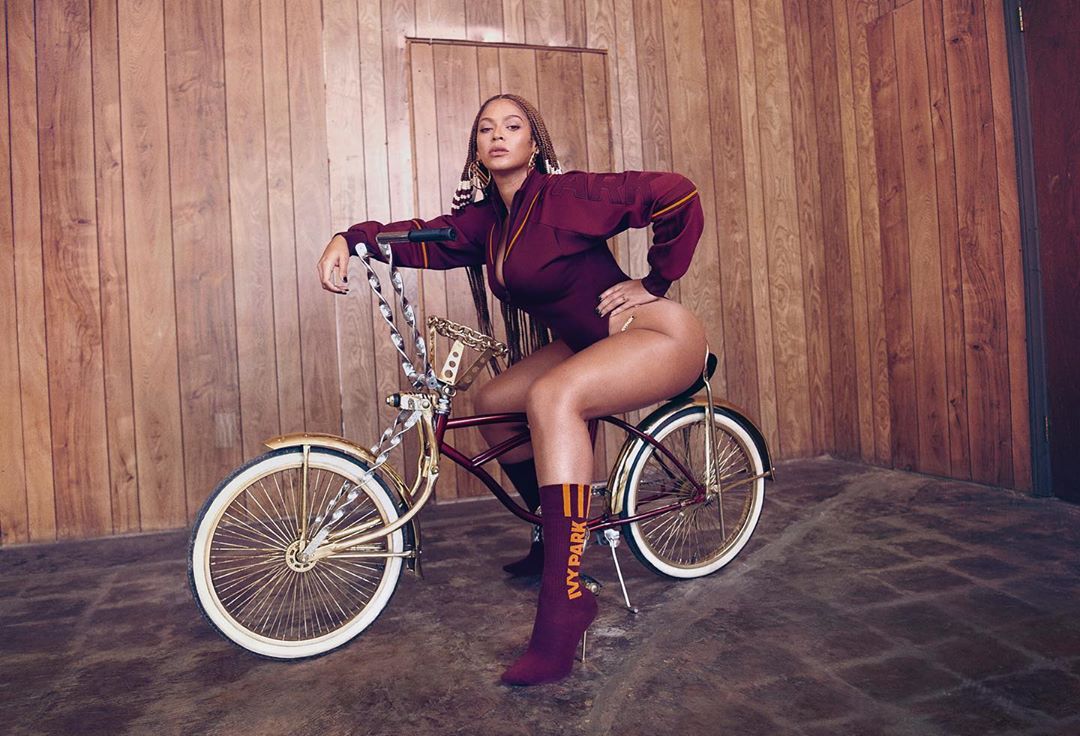 Fans instantly accused Bey of excluding plus-size women, which goes against so much of Beyoncé’s messaging.

That’s where Lizzo comes in. She recently posted to her Instagram wearing an orange two-piece negligee piece (Savage X Fenty), an Ivy Park bomber, and Adidas runners from the collection. Except when she opened what appeared to be an Ivy Park maroon and orange box, clothes weren’t inside. A “friend” and creative director, Quinn Wilson, wearing an Ivy Park jumpsuit, jumped out, and the now-infamous “This is for Rachel” voicemail began to play.

“This is for Rachel you big fat white nasty smelling fat b***h why you took me off the mothaf**kin schedule withca trifling dirty white racist a** big fat b***h.”

“This is for Rachel”.. ? @quinnwilsonn

Beyonce’s supporters aren’t exactly sure what to make of the video. Was the “Truth Hurts” star celebrating her items, or was this a sneak diss to the athletic fashion line? Technically, Lizzo is “promoting” the items, but by mixing in an item from Rihanna’s Savage X Fenty line, and playing the “This is Rachel” voicemail in the background of the video the Beyhive is a little unclear on the star’s intentions.

To make an already confusing matter worse, Lizzo followed up her initial Instagram post with a very graphic Tik Toc video, also in what appears to be Ivy Park apparel. In the video, Lizzo is seen pretending to give a man some sloppy toppy in her Ivy Park items. Strange right?

Lizzo’s social media antics have left many fans a bit confused and with questions… will there be a second release coming with more size options? And is Lizzo a fan of the new line, or not?

Beyoncé sent Lizzo the ?Ivy Park box. Where are the plus size warriors at? Y’all never give people time to do things. pic.twitter.com/UjjPVWkJWM

Gonna say that I'm not at all surprised that Beyonce's new clothing line doesnt feature any plus size clothing. Should have taken a leaf out of Rihanna's book about inclusivity. pic.twitter.com/axNVr17tg1