50 Cent got his heart desire when Oprah Winfrey stepped down from Russell Simmons #MeToo documentary.

You can recall, 50 Cent was among the most vocal individuals on social media when news broke last year that Oprah was spearheading a new documentary on Russell Simmons’ sexual assault accusers. A lot of folks in hip hop and the black community weren’t too happy about her plans. According to 50, there are a lot of powerful white men like Harvey Weinstein who are accused of sexual assault, and she bypassed them to tear down Simmons. At the time, she did not respond to the criticisms.

Fast forward a couple weeks, Oprah released a statement dealing that she is stepping down from producing Russell Simmons documentary over creative differences with filmmakers. Nevertheless, some folks see this as her way of backing out of it, but the media mogul let it be known that she fully believes the women who are accusing Russell Simmons of sexual assault, and she believes that their stories need to be told. 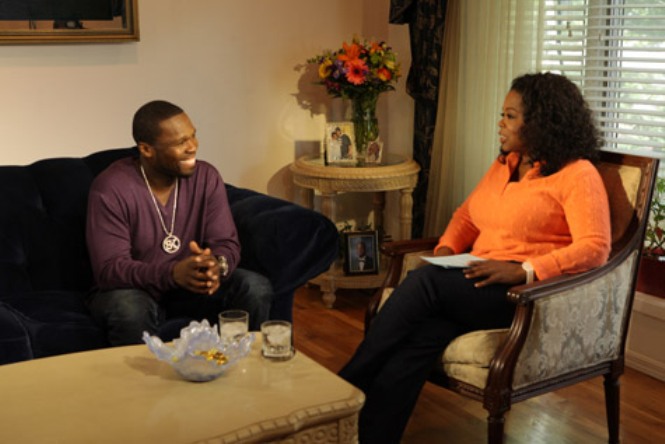 50 Cent has now shared his reaction to the news via his favorite channel, Instagram. “Alright, alright, alright Oprah we love you, thank you for responding and if you ever need me for anything I’m here,” Fifty wrote. The G-Unit rapper also posted a screenshot of a news article about the Oprah withdrawal story.

50 Cent has been pretty consistent on his stance against Oprah doing the documentary. Her withdrawal also means that it will not premiere on Apple TV+ as originally planned. This isn’t a huge victory for Russell Simmons since there is a good chance that the documentary might still make it to a TV near you. The film will also premiere at the Sundance Film Festival, which ultimate is the reason why Oprah stepped down because she felt more work needed to be done before the premiere.

Still, 50 Cent is celebrating this one as a win.

Alright,alright,alright Oprah we love you, thank you for responding and if you ever need me for anything I’m here.#starzgettheapp #abcforlife