Drake made a surprised move when she shout-out Nicki Minaj on Instagram as she inches closer to exclipsing his reign on Spotify as the most streamed artist.

Spotify numbers indicate that there is a very good chance that Nicki Minaj will surpass her Canadian Young Money counterpart in streams soon. How does the Toronto rapper feel about being dethroned? Nicki and Drake have been a part of each other’s lives for more than a decade. The two who were both enlisted as part of the ultra-famous “Young Money” crew along with 5-time Grammy winner Lil Wayne. Drizzy and Nicki have appeared on several hit records together and have even sparked romance rumors in the past, but that was probably fans reaching fueled with their own fantasy and excitement.

The rappers have come a long way since they proclaimed and manifested having their “Moment for Life.” Their history was later tainted when Nicki Minaj was dating Meek Mill, who dropped a diss record for Drake at the time. Just in case you’ve been living off the grid, Drake subsequently annihilated Meek with two diss tracks, including the Grammy-nominated “Back 2 Back” that nearly ended the Philadelphia rapper’s career – and to some the “nearly” part is still debatable. 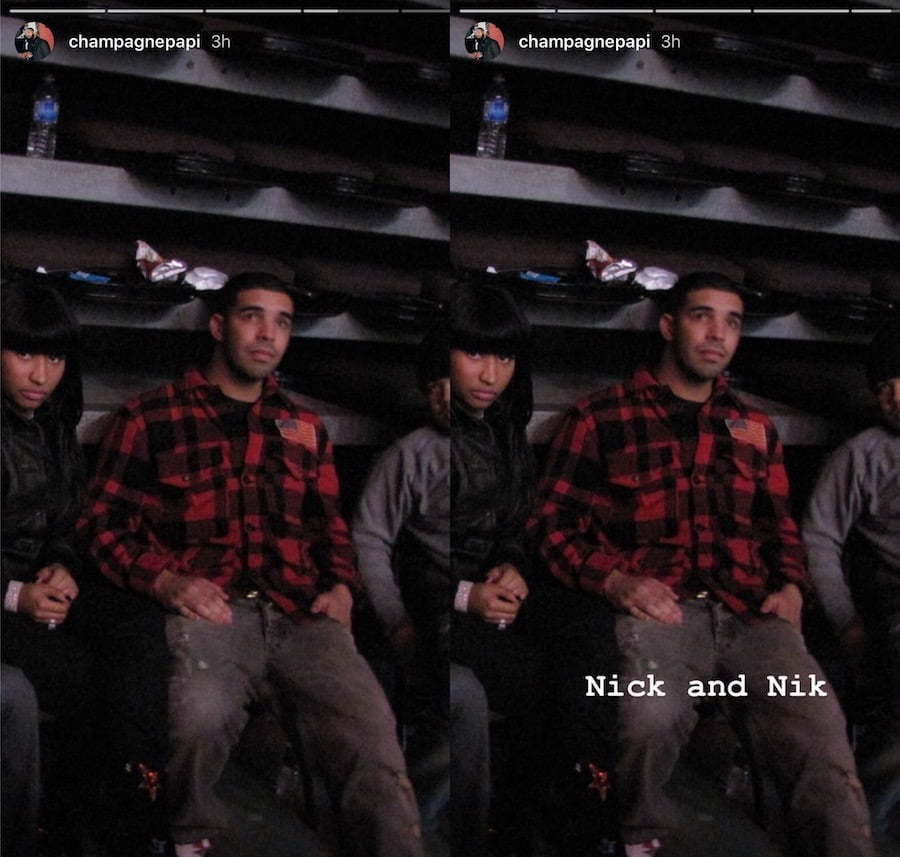 While Meek and Drake managed to later make up, rumors continued to swirl that there was beef in the Young Money camp causing Drake and Nicki to be at odds. The two had not appeared on a track together since “No Frauds,” a track that Nicki recruited her Young Money posse for in response to Remy Ma’s “shETHER” diss track.

Now Drake is possibly looking to be surpassed by Nicki Minaj in streams on Spotify. Drake wrapped the decade as the most streamed artiste on the Spotify platform, but according to the new analysis, Nicki’s monthly listeners are trailing Drake by approximately a million streamers. Even though Nicki has not put out any new music recently, her fan base on the streaming giant has been steadily increasing, and experts say it’s a possibility that her numbers will outweigh Champagne Papi’s soon.

When Drake caught wind of this, he made a surprising move. The rapper shared a throwback photo of him and Nicki Minaj from maybe like 2009 to his Instagram story. We know the rapper isn’t much of a talker about what’s being discussed about him in the media, but this response definitely appears to be his way of making it clear that it’s all love regardless of where the two stand.

Nicki Minaj is about to surpass drake even though her music is not being on big playlist on Spotify. the power that this woman has wow. ??? pic.twitter.com/gGUxizUDqi