Nicki Minaj and Meek Mill dating rumors are beginning to heat up. The two are sending a clear message to the hip hop community that they are the next power couple.

On Friday night Nicki Minaj and Meek Mill were spotted in a Philly nightclub canoodling with some famous friends including Wale, Rick Ross, and Rozay’s girlfriend Ming Lee.

From what we’ve seen they both cozy and happy together so for now let’s be happy that Nicki Minaj is happy. That is a big improvement from what we’ve seen over the last few months with her crying in interviews and ranting on Twitter.

“They spent all night together like a real couple in love and they were very happy and having fun,” the source told us. “They arrived together and left the club together.” 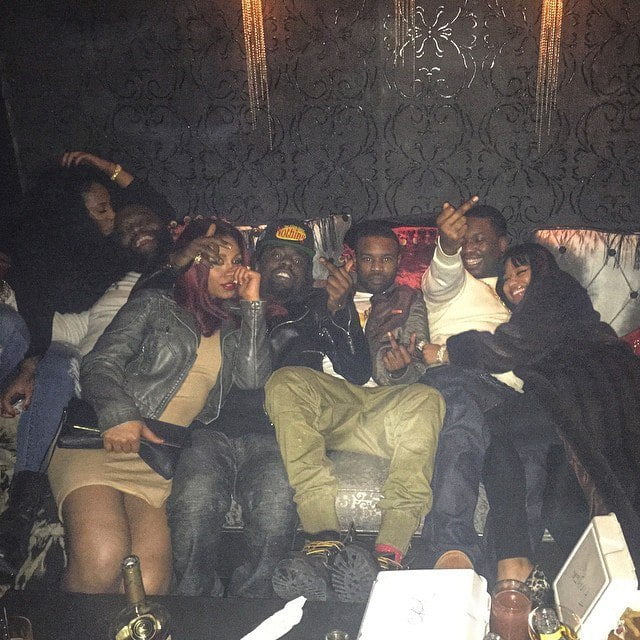 Rick Ross girlfriend Ming Lee shared a photo of the group together on Instagram and you can see Nicki Minaj and Meek Mill cuddling up together.

During a recent interview, the “Only” rapper says that she and the Dream Chasers rapper are just friends. He appeared twice on her new album The PinkPrint. 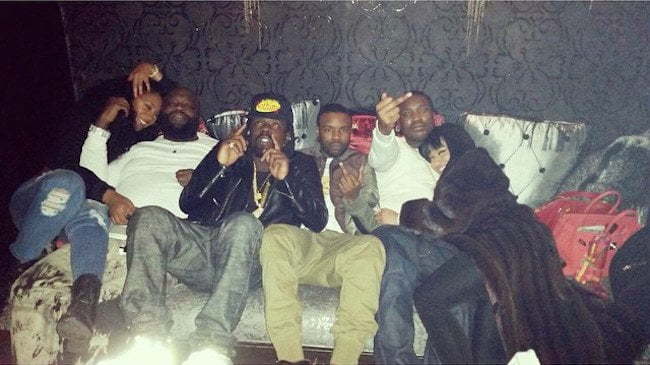 Nicki Minaj has also been dropping some hints on Twitter alluding to the dating rumors.

lol @ the jealous tweets my babies b postin ?. *acts like I don't see them* yall cute or nah?

Meek Mill has been chasing his dreams of getting Nicki Minaj since 2010 when he famously tweeted about it.

“#MyGOALIS 2 get @NICKIMINAJ B4 SOMEBODY ELSE DO!!!!!!” he wrote on his Twitter timeline.

“MYGOALIS 2 GET @NICKIMINAJ KNOCKED UP!!! LOL.” he added on Twitter. 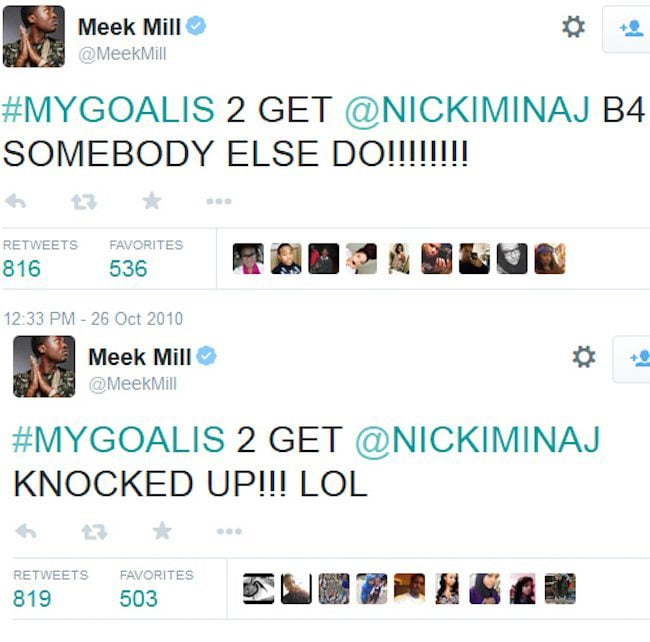 Nicki Minaj did say that she want to get married and have some babies within five years.

Share your thoughts on Nicki Minaj and Meek Mill dating in comments below.