Tay-K says he opened the doors for rappers in his city.

Arlington rapper Tay-K, real name Taymore McIntyre, is currently serving life in prison after being sentenced to 55 years for murder in July last year. Ever so often he sent out some PSA like the one he posted on his Instagram Story, telling the world that he isn’t in any competition with rappers from his city, and hopes that they take advantage of the opportunity he placed in front of them. Tay-K scored a platinum-selling single “The Race” while behind bars as a teenager.

“Lmao my sh*t worldwide I’m not in no competition w no rappers from The city hopefully y’all keep taking advantage of the opportunity I placed in front of y’all,” he wrote in his post. 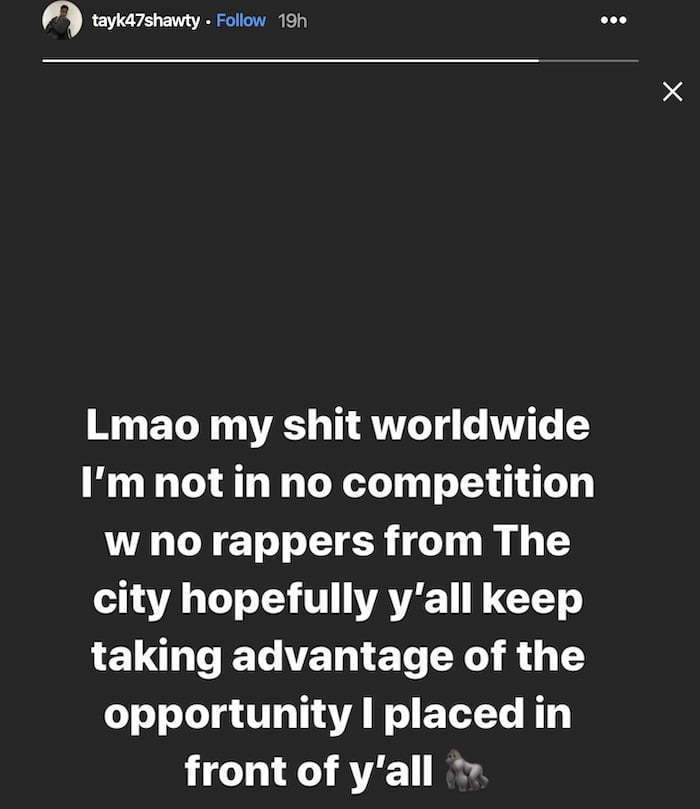 It’s unclear if Tay-K is responding to some chatters coming out of his city about some rising rappers, or if he is just staking his claim as king of Arlington hip hop. Perhaps he has a point in that there aren’t any other big names in the game from that city currently. The question is, can he take credit if there should be a future powerhouse from the city?