The Unruly Boss, Popcaan, says he’s now a homeowner in the Motherland, an announcement which should be pleasing to the ears of the Ghanaian and Jamaican Governments, and even Rita Marley, who was granted Ghananian citizenship last December.

The Vanquish artiste appears to have heeded the calls of the Ghanaian President Nana Akufo-Addo, for Jamaicans to “come home” to Ghana, during a visit to Jamaica in June 2019, and so has spread his ‘Unruly’ real estate investments to the West African country. With reciprocal visa-free travel between Ghana and Jamaica in place since 2019, the 31-year-old will be able to freely travel between Jamaica and his ancestral home, whenever he fancies.

Popcaan, whose real name is Andre Sutherland, proved that ‘Numbers Don’t Lie’ on New Years Day, when he announced his latest capital investment in his usual brazen manner, in a post featuring three video clips on his Instagram page, while vacationing in Accra, Ghana.

“B*mbocl**t now. Over Africa, wicked man ting. Mi jus buy mi brand new house over Ghana… Yuh haffi have house everyweh! Pu**y a who oonu?” Popcaan said as he strolled around with a blunt in his mouth. 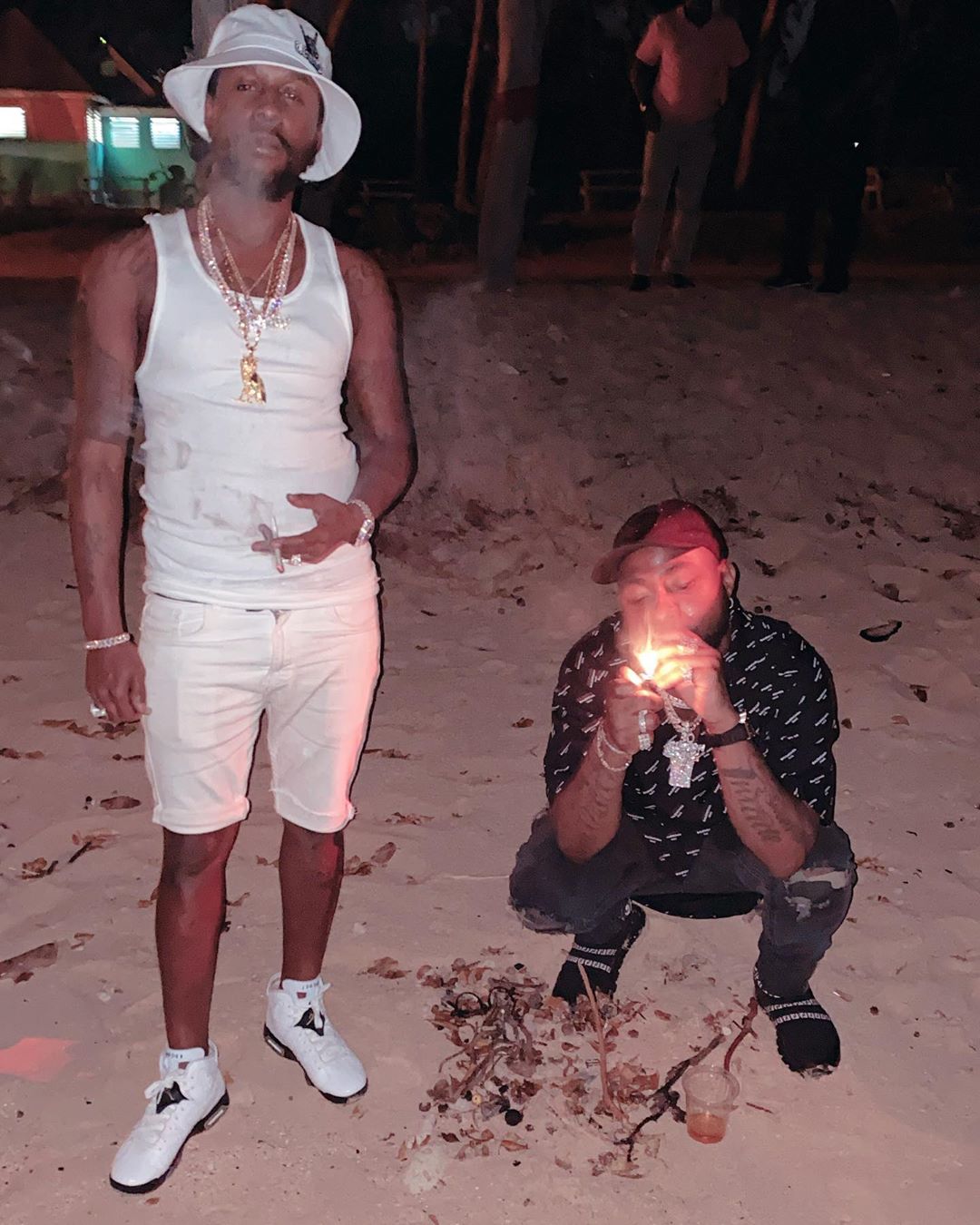 “Yuh tink mi ramp! A wha di b*mbocl**t duh dem? Di f**k, wi haffi have house in a the motherland too! Some boy only waa have house a Jamaica; oonu f**kin fool!” he added, as members of his Unruly Squad chuckled in the background.

Popcaan’s net worth has been valued at approximately US$1.5 million, making him Dancehall’s wealthiest son under 35 years old. The artiste, who built his dream mansion in Jamaica in 2015, also possesses a fleet of high-end vehicles, including Range Rovers, BMWs as well as motorcycles, valued at millions of Jamaican dollars.

During his visit to Jamaica, President Addo had offered an invitation to Jamaicans to come and share in activities taking place in that country, as it marked the occasion of the commemoration of 400 years since the first African slaves were shipped from its shores to the Americas.

The President had paid a working visit to Jamaica to, among other things, meet with Prime Minister Andrew Holness to hold bilateral discussions aimed at strengthening trade, investment, and the movement of people, goods, and services between both countries.

Addo had said 2019 was being celebrated in Ghana as ‘The Year of Return’ and that all Jamaicans were invited. At the time the President had acknowledged that thousands of Africans who had been taken to Jamaica came from Ghana, and noted that the move was symbolic and would allow Africans on both sides of the Atlantic to say in one voice, “Never again!” as it relates to the Trans-Atlantic slave trade.

The President had also said 2019 was being used as a platform to reunite the African family and strengthening the bonds between Africans on the continent and in the Diaspora. He and Holness had also disclosed that the Ghana-Jamaica Joint Commission for Cooperation that has been dormant for some time, would be reactivated by the latest the first quarter of 2020 “so that the various areas of engagement could be properly structured within a legal framework for the doing of business between the two countries.”