DaBaby was slapped with batter charges for robbing and beating up a promoter in Miami.

DaBaby was denied bail based on an outstanding warrant stemming from a previous fight that broke out at the DFW Airport in Texas last month. The “Suge” rapper was reportedly involved in an altercation with a concert promoter who he said owed him for a show that he was supposed to perform on Thursday. A fight broke out at the Dallas Fort Worth Airport in Texas last month after the promoter allegedly short DaBaby thousands of dollars and was attacked by the rapper and his friend. According to TMZ, the Charlotte rapper and his crew were meeting up with the promoter to get what’s owed to him, but the promoter forked out only $20k while the rapper claimed he was owed $30k.

According to reports, DaBaby allegedly took the victim’s iPhone 7 and also pilfered $80 and a credit card from the guy before drenching him in apple juice. The rapper was arrested for battery, and his bond was set at $1,500, TMZ says. 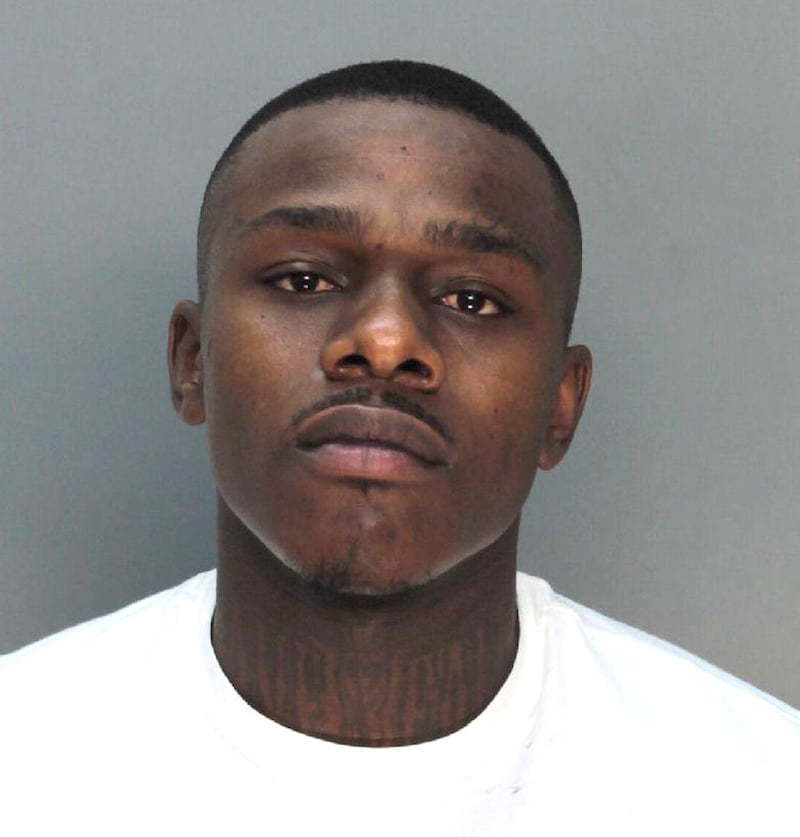 The Associated Press reported that the rapper’s arrest warrant cited organized criminal activity according to the police report they obtained. Around seven police cars were reportedly present when DaBaby was handcuffed and ushered to the Miami police headquarters. As the investigation into the robbery continued, the Kirk rapper was denied bail because of another outstanding warrant in Dallas stemming from a different incident.

The Charlotte rapper has had quite a few run-ins with the law lately. Recently when DaBaby was back in his home town for a concert, a group of shifty police officers allegedly illegally searched his car while he was performing. Later that night, DaBaby found himself arrested and booked, but they released him the same night. The rapper who claims that the police are always out to get him in Charlotte shared a video to Instagram detailing the whole night.

DaBaby was arrested at the top of 2019 after an alleged attack that ended in a man being shot and killed. The rapper never admitted to pulling the trigger. He was also previously sentenced to a year of probation and 30 days in jail after being charged for a misdemeanor – carrying a concealed gun, but the jail time was dismissed. Hopefully, he can escape the law again this time, and his past doesn’t catch up to him because the rapper’s rap sheet might not look too pretty to a judge.