The R&B crooner has been super private about being a father again, but we’re slowly getting a glimpse of his new bundle of joy. Early Wednesday morning, Chris Brown shared a photo of himself holding on to the feet of his newborn. While this is not a full photo of Aeko, it is enough to confirm that Royalty Brown is a big sister finally. Ammika Harris has been rumored to be pregnant for months, but she never showed us any baby bump photos, and while Brown only dropped hints online, neither of them has ever directly confirmed or denied the reports.

In November, Chris Brown and Ammika dropped some hints on the Gram that she gave birth without directly confirming it. If you know how folks on social media are, then you would know that they’re capable of deciphering any hidden messages. A week later, Brown was spotted wearing a shirt with the names Roro and Aeko printed on it. Fans deciphered it to be Royalty and Aeko. It turns out that they were right on the spot, because not only did Breezy shared a photo of his baby boy, but he also confirmed his name, Aeko Catori Brown. 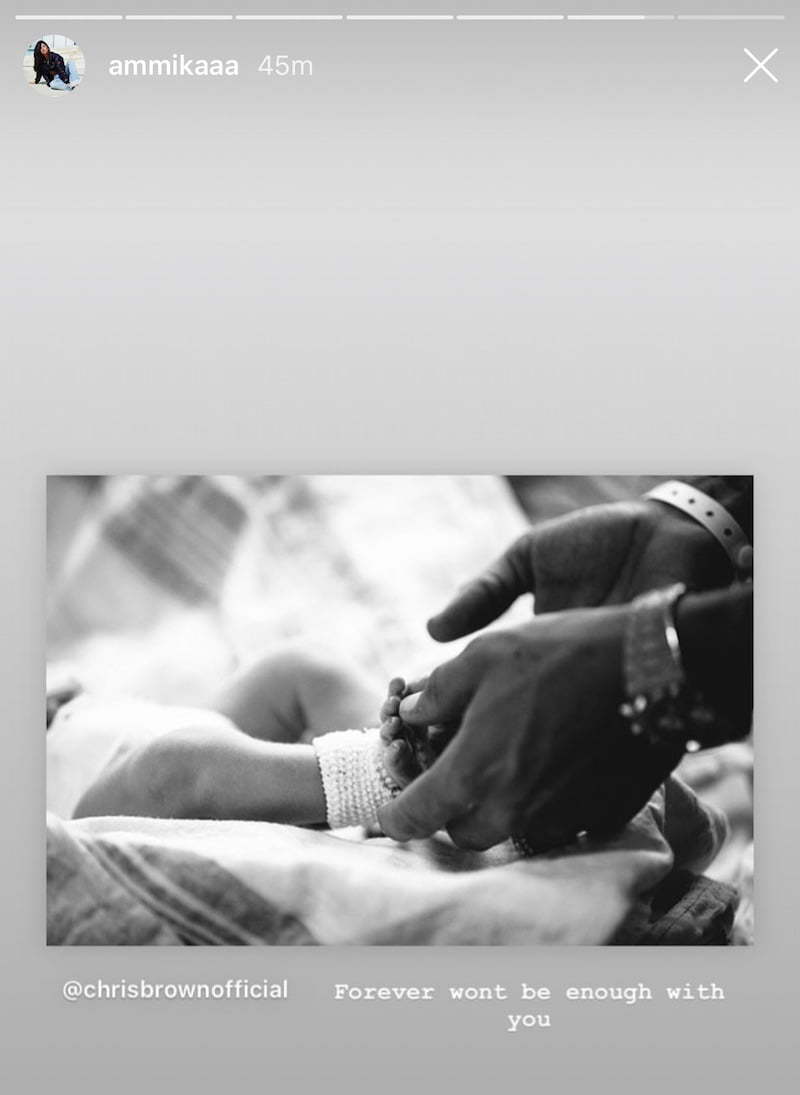 Ammika also shared the photo that Breezy shared on her IG Story, where she wrote, “Forever won’t be enough with you.” She is a proud mama for sure, and the Virginia singer is super proud.

Despite his controversial past, Chris Brown has been a great father over the years as we watch Royalty grow up right before our eyes. Breezy welcomed Royalty in 2014 with video model Nia Guzman. The two of them previously battled each other in court over custody and child support, but if you’ve been following the case, then you would know that the “Fine China” singer came in the victor. That legal win paved the way for him to spend a lot more time with his daughter, and he regularly shared some sweet moments with her on his IG account.