Did Chris Brown and Ammika Harris welcomed a baby?

We’re still undecided. It appears as though the pair are parents if the latest reports are to be believed. Brown and Harris’s have never outright confirmed their relationship, but have definitely been spotted almost everywhere with each over the last few months — even when they aren’t physically in the same place. In case you don’t believe, just last month the “Undecided” singer chose to have his tour bus painted with a replica of Ammika Harris’s face.

“WE GONE FLIP DIS BUS,” Chris Brown had written on his Instagram Story while revealing the impressive mural which was done during a pit stop in San Antonio, Texas.

Ammika Harris also showed off her newest painting coming to life, stating that her rumored boo was the inspiration behind returning to her art. In response, Chris Brown commented, “IM PROUD OF YOU BABE.” 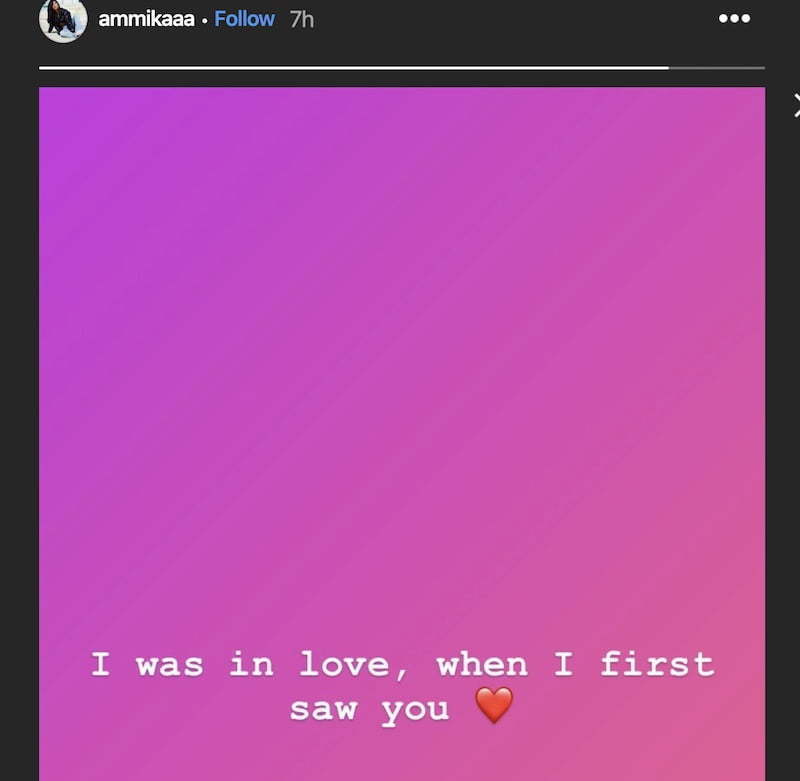 Rumors that Harris was expecting the couple’s child first sprung up in June and have grown very much like a baby bump since. That said, the 26-year-old has been extremely careful to keep fans guessing by often posting pictures that don’t include her midriff.

Investigative fans, however, did notice that the 30-year-old artist had commented “BM Bad” on one of her photos, which they took to mean “baby mama.”

Now, it seems, baby has entered the world — that’s if Brown’s latest Instagram posts mean what we think they do. Putting up a snap of himself, the Think Like A Man actor simply captioned it “11-20-2019.”

Could those series of numbers be a reference to the birthdate of his newborn, who will make his daughter with Nia Guzman, Royalty Brown, a big sister? In case we needed another clue, Breezy did not disappoint. He posted a second picture that incorporated the word “Born.” The rumored new mama shared her own post, which read, “I was in love when I first saw you.”

If Baby Brown has indeed arrived, we’re wishing the new parents all the best!