Omarion promises that the upcoming “Millenium Tour” is going to be all about the music this time.

At least that’s the message coming out of Omarion‘s camp. The “Ice Box” singer is going back on the road to celebrate 20 years since he first hit the music scene. Back in 1999, Omarion was a part of the R&B group B2K. The name stood for “Boys of the New Millenium,” with the then-15-year-old joining the trio a year after they met. Despite having been around since 1998, B2K only broke into the US pop charts in late 2001 with their single “Uh Huh” and released their debut album the following year.

Although they went their separate ways in 2004, Omarion, Raz B, Lil’ Fizz, and J-Boog announced that they would reunite for a tour from March to May 2019. 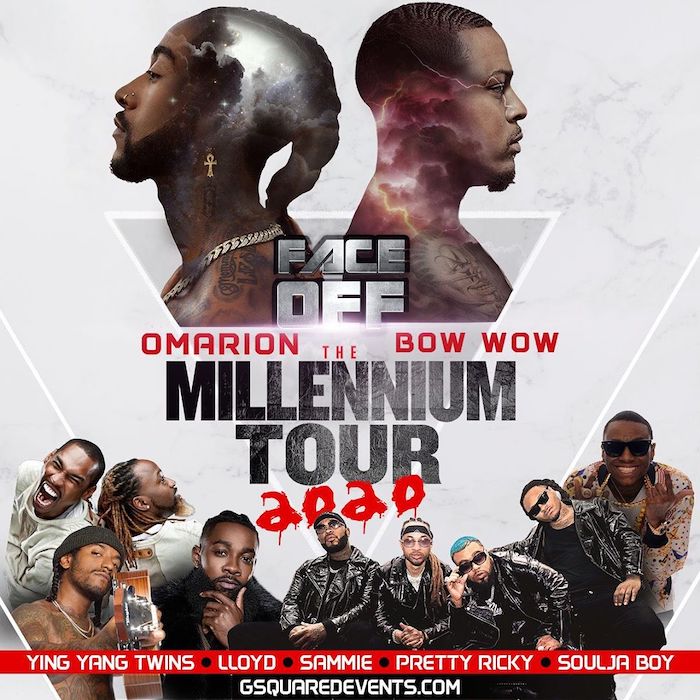 While a great idea in theory and a remarkable gift to fans who stayed loyal throughout the years, the multi-city tour did not go down as well as planned.

How much can go wrong during three-months, you ask? Well, Raz B definitely tried to break some kind of record, by walking off stage mid-performance because he didn’t like the show’s intro, allegedly assaulting his girlfriend outside of a Macy’s store, and claiming that a Lyft driver has refused to return a Louis Vuitton bag worth $2,500. Lil’ Fizz also contributed his own share of drama by starting a relationship with Omarion’s baby mama, Apryl Jones.

The 35-year-old has now decided to attempt “The Millenium Tour” 2.0 — this time without B2K! Instead, he’s teaming up with Bow Wow, who he previously collaborated with back in the day.

“2020 is my 20th year entertaining. Blood, Sweat & Tears,” Omarion tweeted. “Always giving you the best that I got. Thank you for growing with me.”

2020 is my 20th year entertaining. Blood, Sweat & Tears. Always giving you the best that I got. Thank you for growing with me. ??.