DaBaby’s baby momma is speaking out for the first time about her relationship with the rapper.

DaBaby has become somewhat of a heartthrob, and fans everywhere have been swooning over the chocolate brown skin rapper with the big smile and deep dimples since he burst onto the scene with his hit single “Suge.” The ladies love him so much that even comedian B. Simone shot her shot by dressing up as DaBaby’s bride for Halloween. But the North Carolina MC may have the public fooled as it seems as though he is still very much involved with his baby mother MeMe, and they reportedly have another child on the way.

According to a report from The Shade Room, MeMe is pregnant with her and DaBaby’s second child together. They already share a 2-year-old daughter, Serenity Kirk, and MeMe has a 6-year-old son, Caleb, from a previous relationship. Neither of them have publicly confirmed the pregnancy rumors, but MeMe has spoken out about her relationship status in an interview. 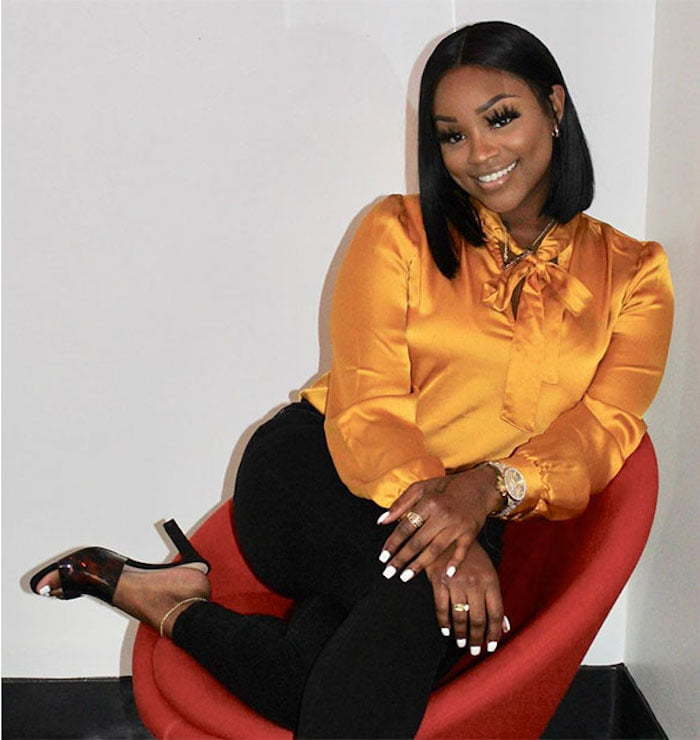 MeMe sat down with Kiss Talk last month to introduce herself to the world and give fans a chance to get to know what she’s about. She said she met DaBaby, born Jonathan Kirk, five years ago, about two years before he started rapping. She said they’ve always kept their relationship low key and made it official when she got pregnant with Serenity. “He is an amazing father not only to our daughter, but to my son as well,” she said. “He done been in his life for a very long time so he is an amazing father. I can give him that.”

MeMe said maintaining their privacy has brought them closer together, especially after DaBaby blew up in the rap game. But as of now, they are not officially a couple. “The status of our relationship, hmmm … we single. But that’s my boo though. So, we single but that’s my boo regardless.” The mother of two, and possibly soon to be three, said she works as a barber and cuts hair, so she’s working on standing out in a male dominated industry. MeMe said she wants to be known for being a great parent and shared some thoughtful advice for other women dealing with partners in the entertainment industry.

“Make sure you are balanced at all times. Make sure you don’t get overwhelmed with what’s going on in the industry from the blogs or social media. Still stand your ground.”

You can watch the full interview below.