Tory Lanez owes Tyga a lifetime of features for helping to fix his hairline.

Proving that rappers have insecurities too, Tory Lanez revealed that he gave Tyga unlimited free features on his songs in exchange for help with his struggling hairline. In an interview with Buzy Baker of HipHopDX, Lanez addressed his new and improved look, explaining that his receding hairline once had him desperate for a fix. Tyga, who has been vocal about his hair transplant for over a year now, wasn’t always so forthcoming about his cosmetic surgery but passed along the name of his doctor to Tory in his time of need.

The hairline saga all began when, in August of 2018, rapper Nicki Minaj put her ex, Safaree Samuels, on blast via Twitter about his cosmetic surgery that she allegedly paid for. At the same time, Minaj threw Tyga under the bus by claiming that Safaree and Tyga had used the same doctor for the procedure. Neither celeb denied the allegations, although Samuels did clarify that he and Tyga used different doctors. 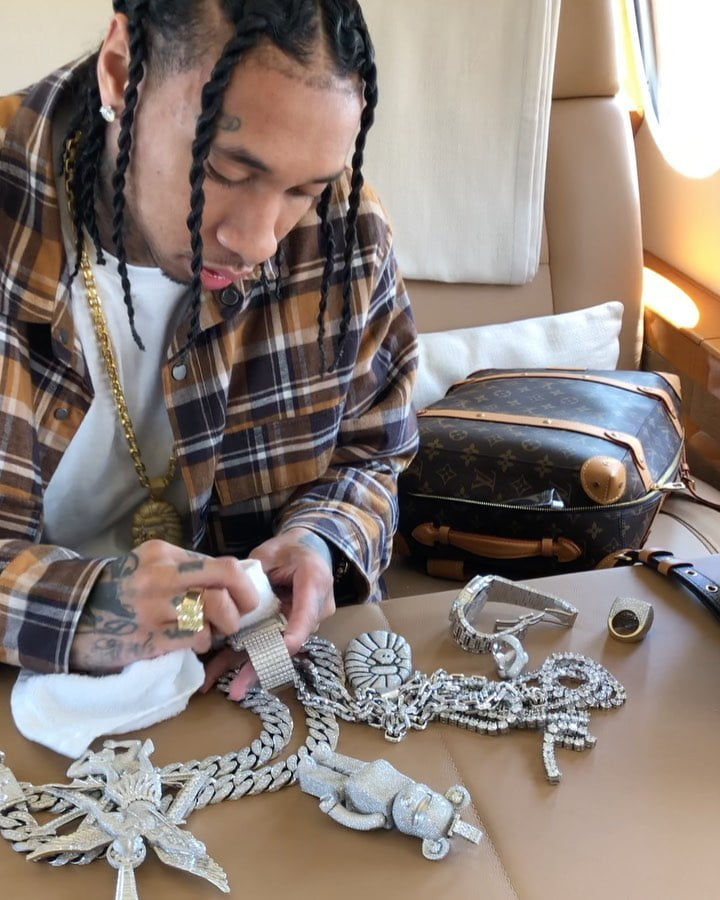 Tyga quickly went on to plug his hair surgeon, Craig Ziering, on his Twitter page, saying, “Tellem Tyga sent you.” Now Tory is admitting that he struck a deal for Ziering’s number long before the information was made public.

In Lanez’s most recent interview, the rapper talks candidly about his hair loss, saying, “My only issue was, my corners was gone.” The Canadian rapper explained that his hair is still coming in, but he is expecting a full comeback, even to the degree that he will be able to rock braids again.

Tory Lanez took a refreshingly vulnerable approach to the discussion, describing how his hair made him feel self-conscious, saying, “I gotta come back. I’m too young to be, ya know, looking like this.” Lanez also extended a referral to Buzy Baker, referencing his bald head, saying, “If you ever wanna come back, dog, I got the secret.”