Chris Brown may have another child on the way, this time, a son.

Chris Brown will reportedly be welcoming a new baby into his family, this time with his ex-girlfriend Ammika Harris. According to TMZ, Harris is pregnant with a boy. This will be her first child, and Chris Brown’s second after his daughter Royalty, who is now five years old. Urban Islandz previously reported that Ammika is pregnant with Chris Brown’s baby. This new reporting is one step further in confirming that Breezy will be a daddy again.

Sources say that the two are no longer in a relationship, however, they still get along great, and that Breezy is treating his new baby momma well. The news of the gender comes a few months after The Shaderoom caught the “Indigo” singer calling Ammika his “BM” in her comments, sparking rumors that she was pregnant with his child. 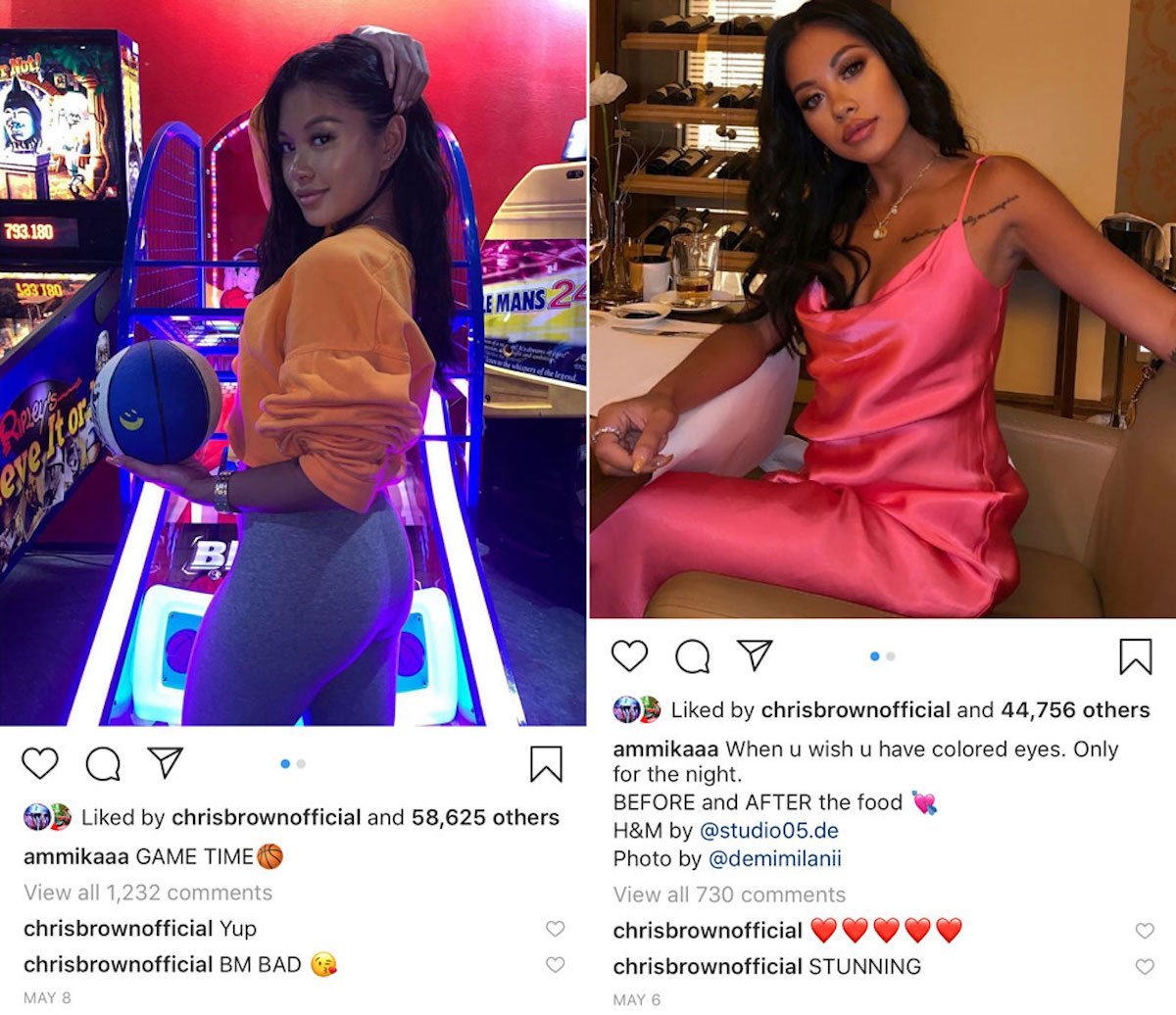 TMZ reported that the new baby will be born this fall.

Chris Brown tends to keep these kinds of announcements on the hush. The 30-year-old wasn’t so quick to reveal he fathered a child with his then-longtime friend Nia Guzman, while he was still publicly dating his more famous ex, Karrueche Tran.

However, since then he has been a great dad to Royalty, although he and Nia Guzman have been battling over custody and child support over the last several years. Hopefully, things will go smoother with Chris’s new baby mother and child.

Chris nor Ammika have yet to confirm the news publicly. The two split in early 2019 and since then, the megastar has been seen with a new love interest, Indyamarie. But Hollywood Life reports that Breezy ended things with her after he got word of Ammika’s pregnancy.