There has been some bad blood brewing between the aspiring deejay/TV host and Foota Hype who also attacked Tifa, and his baby mama Ishawna over the same Gay Pride concert on Independence Day. In a tirade on Instagram Foota suggested that the three women were either were supportive of same-sex relationships and were broke and desperate for bookings, thus their acceptance of the offer to perform at the event. Yanique Curvy Diva posted a short video clip of her performance at the Gay Pride event on IG in which she hurled insults at the Calabar past student. Yanique said that he had been interfering with her, but that she had chosen not to respond until Independence Day. 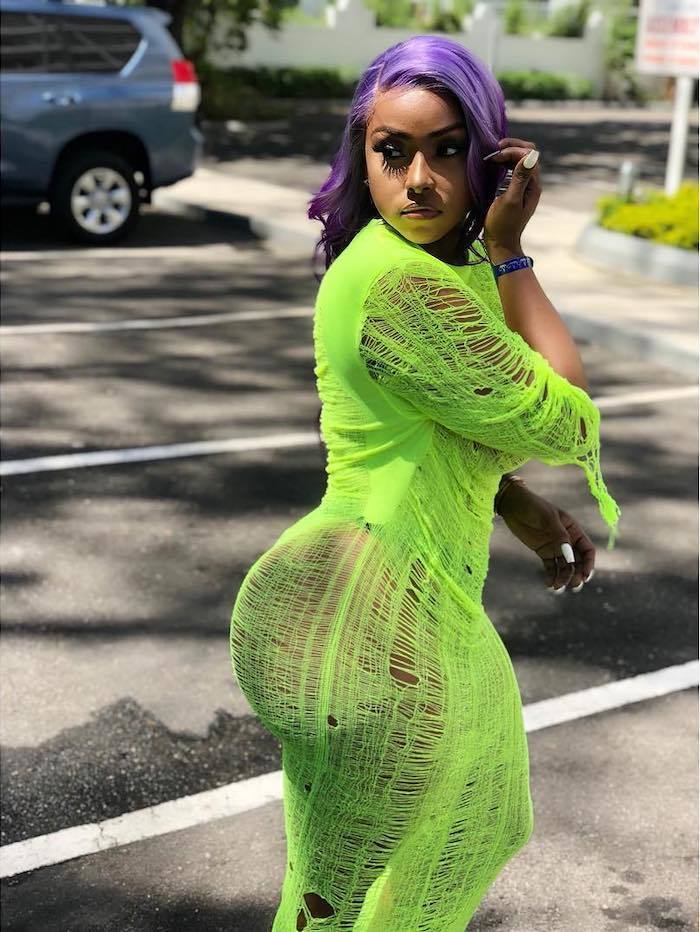 The other two females have not posted excerpts of their performances but uploaded photos of themselves at the backstage tent.

Yanique is the second of the three women booked for the event that responded to Foota Hype. A few days ago, Tifa lashed out at the selector and threatened to take legal action against him for defamation. Foota responded, telling her to bring it on.

She had also accused Foota of carrying a grudge because she curved him after he made some advances towards her. Interestingly, even though Yanique had not pointed out that she was at the Gay Pride concert, many of her followers pointed out that unlike other shows where women are the ones who flock to stage front, this time it was all men lined out screaming and laughing. Coupled with the rainbow colors which embellished one section of the venue, many thought this was a dead giveaway that it was a gay event. Many of them castigated her.

“U should be ashamed of yourself. Look at the crowd ur entertaining. Anything for a few dollars, I guess,” kush*tegoddess said.

“First thing I thought was why these women look so giant and strong and why the men carrying on like good skettel, then I notice the rainbow flag,” rico_eny said.