There were some new chatters of a rift brewing between Vybz Kartel and his former mentor Bounty Killer, but the incarcerated deejay poured cold water on those rumors. Some dancehall fans started speculating because of some recent post from Kartel where he rants about being the best deejay to take up the mic while telling the veterans to hold a seat. It appears his rant was directed towards Beenie Man and Bounty remains in his good grace. After all, Grunggaadzilla is the man who gave him his big break in 2002.

Bounty Killer remembers his late mother Ms. Ivy on her birthday (March 7) and not only is he getting a lot of support from dancehall fans, but also his most astute former students, Vybz Kartel. 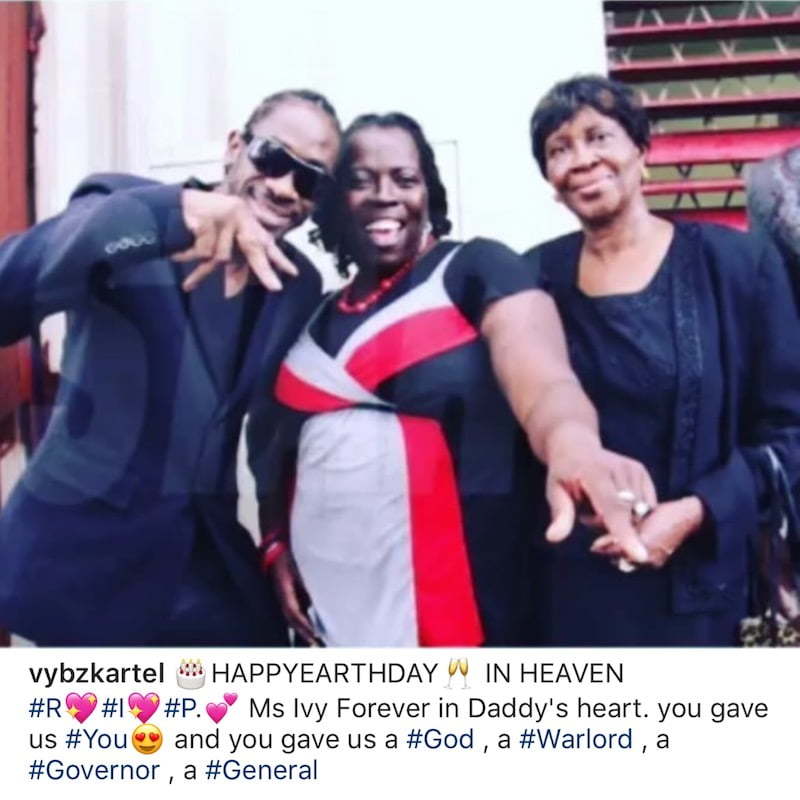 “HAPPYEARTHDA IN HEAVEN #RIP Ms Ivy Forever in Daddy’s heart. you gave us #You and you gave us a #God, a #Warlord, a #Governor, a #General,” Kartel wrote on Instagram.

Bounty’s fans are praising Kartel for making the posts while blasting Mavado for not showing the same level of respect to the dancehall general. “No matter how things go bounty killer will always be d general.. man make sure him share d cake and make a whole heap a ghetto youths get a slice.. one a d best trends Eva set ina dancehall,” one fan wrote.

Another fan added, “Such a shame that Mavado can’t show the same respect to the general, that’s why me a fi rate Kartel so much, the man great and him no bad mind.”