YNW Melly is even colder than you think if what cops say is true.

YNW Melly killed his two friends cold-blooded, according to authorities, and then raps about the murder in a gritty single. The Florida rapper’s single “Murder On My Mind” is growing in popularity. The track jumped from No. 58 on the Billboard Hot 100 chart last week to No. 14 on the chart this week and climbing. Ever since his arrest last month, the dark song has been growing in popularity, taking him from an underground rapper into the mainstream.

The big question that most fans are asking now is he rapping about the murder of his two friends, Anthony Williams, 21, and Christopher Thomas Jr., 19, whom he is accused of killing. The specific lyrics in the single that made reference to him shooting one of his friends can be interpreted more than one way.

“I didn’t even mean to shoot ’em, he just caught me by surprise / I reloaded my pistol, cocked it back, and shot him twice / His body dropped down to the floor and he had teardrops in his eyes / He grabbed me by my hands and said he was afraid to die / I told ’em it’s too late my friend, its time to say “Goodbye” / And he died inside my arms, blood all on my shirt,” YNW Melly raps. 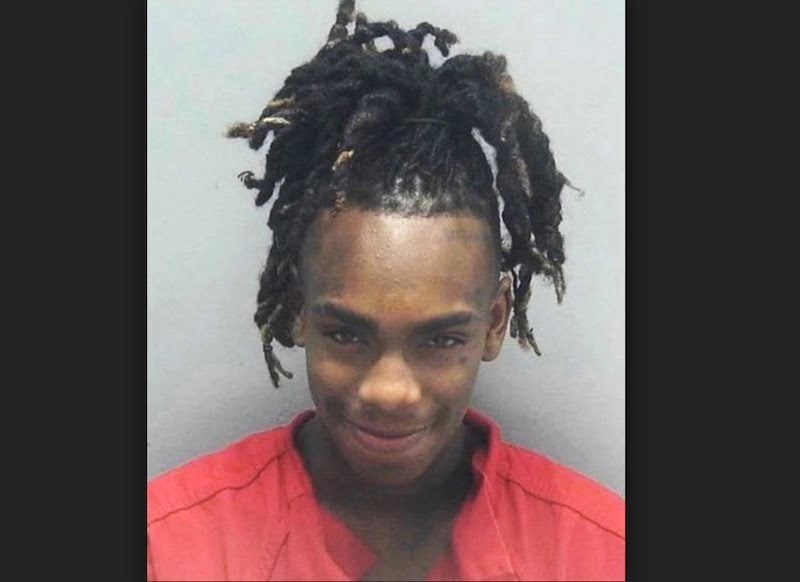 Law enforcement authorities say, Melly, real name Jamell Demons, drove around the block with his two dead friends body before letting his friend YNW Bortlen, real name Cortlen Henry, drove them to a local hospital in Miramar, Florida in the early morning of October 26, 2018. Williams and Thomas Jr. were already dead when they arrived at the hospital.

In legal documents obtained by Complex, cops say that Demons and Henry shot Williams and Thomas from inside the car then put their body inside the vehicle and fired more shots into the car from outside in an effort to stage a drive-by shooting. Cops say they found one shell casing inside the vehicle that the dead men were transported in and eight matching casings at another location where cops believed the shooting took place.

According to the court docs, Henry told investigators that a car pulled up just as he was about to hit the freeway and started shooting. He claimed that they had just finished a studio session when the shooting took placed.

Last month, YNW Melly posted a photo of himself with his two friends, Williams and Thomas, on Instagram. He denied that he has anything to do with their murder.

“They Took My Brothers From Me Over Jealousy I know y’all watching over me it’s #ynw4l @ynwsakchaser1 @ynwjuvy for Life and after, they wanna see me break down and stop or in jail or a box but my ni**as still need me they parents need me they family need me till we meet again my twins my slimes,” he wrote in a post from back in December.