Vybz Kartel and Shatta Wale collaboration is in the works.

The incarcerated Gaza deejay confirmed on the Gram this week that his next collaboration is with African deejay Shatta Wale. Vybz Kartel has been dropping collabs with some new female artists in his camp, but last week we saw him jumping on Stylo G’s “Touch Down” remix with Nicki Minaj, and now we learned that a new track with Wale is coming soon.

“[Vybz Kartel] we need a collaboration with you and [Shatta Wale] soon,” one fan asked the deejay who responded saying its coming in 2019. 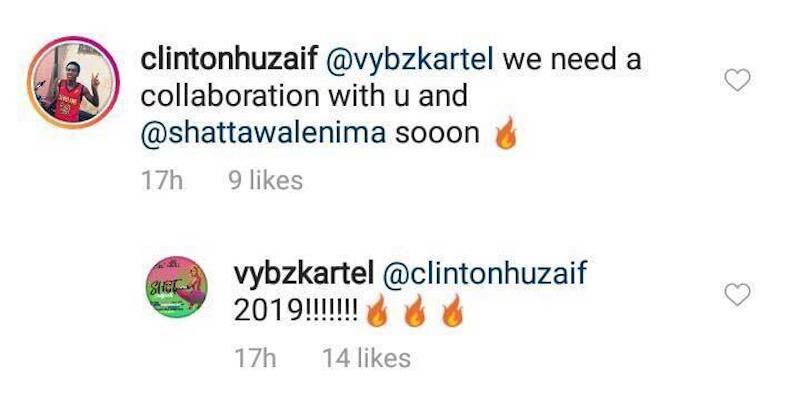 Sources inside the Gaza camp confirmed with Urban Islandz that the collaboration is already in the works. The rumors have been circulating in the African media for the past few months, but this is the first time that Kartel is confirming the reports.

In other Vybz Kartel news, the deejay is currently readying his new album Exiled Pharoah, due sometime soon. Shatta Wale is widely viewed as the king of African dancehall. Kartel is currently at the helm of dancehall music despite his incarceration since 2011.