Rich The Kid and his girlfriend Tori Brixx are having a baby.

Rapper Rich The Kid and his smoking hot girlfriend have a lot to celebrate this holiday season. The couple confirmed that they are expecting their first child together. The pair broke the news in fine style. Brixx posted a very revealing photo of herself sitting on a coach barely covering up her assets. “Fresh as hell take a pic I might as well lol,” she wrote.

Rich left a comment on the pic saying, “Don’t hide that baby bum.” He added a baby emoji to top it off. If you have been following this couple on social media, then you would know that Rich The Kid is head over heels about his girlfriend. 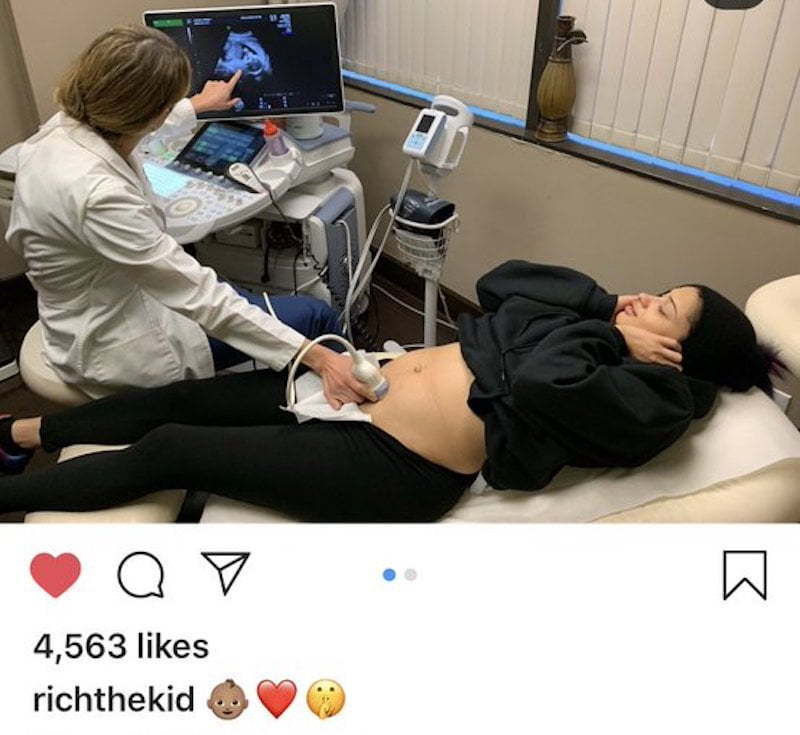 Earlier this year he tweeted that Tori Brixx is hotter than Rihanna and of course the Navy had a field day. Nevertheless, that illustrates how he feels about her.

In June of this year, Rich The Kid and Tori Brixx were held up in a home invasion that saw him being hospitalized for some serious injuries. At the time some rumors were floating around claiming that he was set up by Brixx, a claim that both of them denied being true.

We are loving how excited #RichTheKid is for him and #ToriBrixx’s pregnancy!