Rihanna is putting in work behind the scenes on her new album, code name R9 until an official title is revealed. The project will be her ninth studio album. RiRi continues to dominate music streaming despite not dropping a new album in years. This week, at least ten new Rihanna songs were registered on ASCAP and BMI. Two of the singles are titled “Nah Left” and “Waist Line Down.” A Rihanna fan page first reported the songs registration on Twitter before Urban Islandz confirmed them.

Sources close to the Bajan pop star told Urban Islandz on Tuesday that those two songs are dancehall joints and the rest of pop songs. Rihanna is currently working on a double album, half dancehall, and half pop. She could also release the project separately on separate dates, but our ever so reliable source told us that it might very well be a double album. 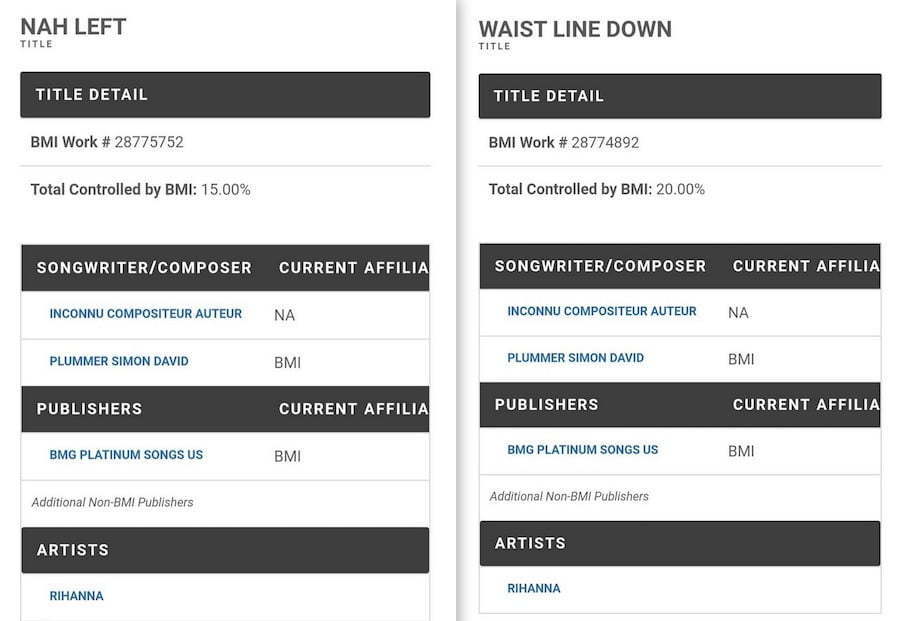 “‘Nah Left’ and ‘Waist Line Down’ are two dope dancehall songs they’re going to be huge,” sources said. “The other songs are a mixture of pop and other stuff, but the album is coming and the wait will worth it. This is Rihanna, her fans knows that she will only deliver the best work or else nothing at all.”

Among the newly registered songs includes “Cross The Line,” “Lack of Communication,” “Locked Down,” “Love is A B*tch,” “Gonna Let This Love,” “Barbed Wire,” “Save It Up,” and “Gotta Have You Right Now.” There is another song called “Link Up” that was registered by Diplo who is rumored to be working with Rihanna on her new album. Perhaps the two will finally drop a collaboration, or maybe the Major Lazer leader is just providing some production work.

R9 is the follow-up album to Rihanna’s 2016 album ANTI which has since been certified platinum and spawned mega hit singles like “B*tch Better Have My Money” “Work” which is also a dancehall song.