Kanye West has surrendered to Lil Wayne as the two gears up for Clash of the Titans.

This is so unlike Kanye West, but we’ve embedded the tweet below as proof. Yeezy is now saying that he will be dropping his new album Yandhi on Saturday instead of tonight because he conceded that Lil Wayne‘s new album Tha Carter V will beat him for the number one spot on Billboard next week. He rationalized it as fans need both albums at the same time.

Kanye West is also saying that he doesn’t want to overshadow Lil Wayne because fans have been waiting on Carter V for a long time, so he wants to give him the platform without any distraction from his album. “We’re releasing Yandhi Saturday night,” Kanye tweeted. “We know it will come in number 2 to my brother Lil Wayne and that’s lovely. The universe needs Ye and Wayne music at the same time.”

Nevertheless, it’s not too often we see Kanye West make a move like this, but he would be in great denial if he thinks he would outshine Lil Wayne on the airwaves starting tonight at midnight. Weezy and Kanye aren’t the only two rappers dropping albums tonight. Kevin Gates and Logic are also dropping their new projects so this weekend is shaping up to be one of the best weekends for hip-hop this year. 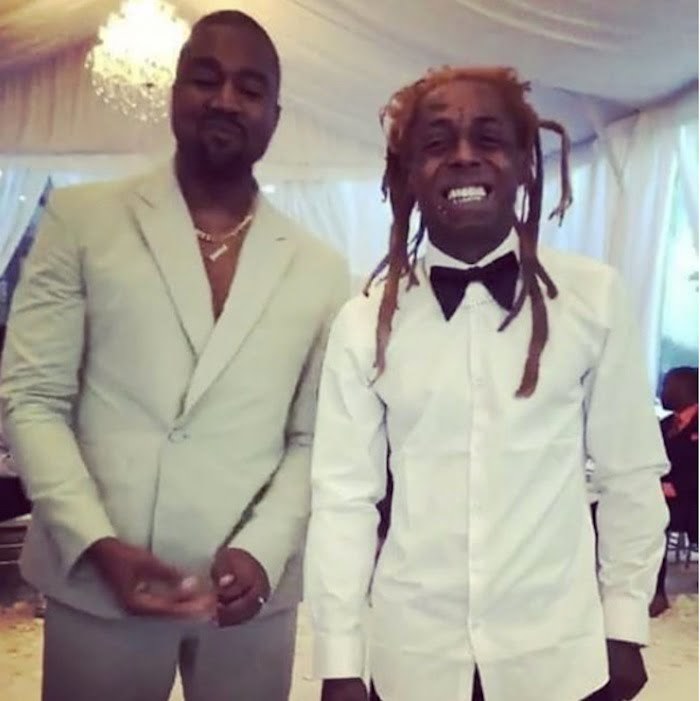 Lil Wayne’s Tha Carter V album has been in the works since around 2012 and has seen numerous delays that eventually triggered a falling out between Weezy and his longtime mentor Birdman. According to Wayne, Birdman and Cash Money was holding that album hostage, so he filed a $51 million lawsuit against the label and Baby.

The two men settled their lawsuit earlier this year that paved the way for the album Tha Carter V to see the light of day. Wayne also retains sole ownership of his Young Money label as part of their settlement.

As for Kanye West, he already released one album this year and this new project comes as a bit of a surprise. It seems he had plenty of leftover music from his last album Ye that he put together to release Yandhi.

The universe needs Ye and Wayne music at the same time