Chris Brown is on the Gram shooting his shots at Pretty Little Liars star Shay Mitchell.

Most of us would slide in the DM, but Chris Brown clearly wants the world to know that he has his eyes on Shay Mitchell. Shay, who is best known for her character Emily in the TV series Pretty Little Liars, posted a photo of herself on Instagram on Wednesday. Breezy, who is among her 20 plus million followers, left a comment on the pic.

“Shooting my shot,” he wrote along with ball emojis from every sport imaginable. It seems a lot of Shay Mitchell’s fans are rooting for Chris Brown so it safe to say that he is doing good so far. Breezy added in the comments of another photo, “She so bad. But if she taken I understand! She still fire though IDGAF!” 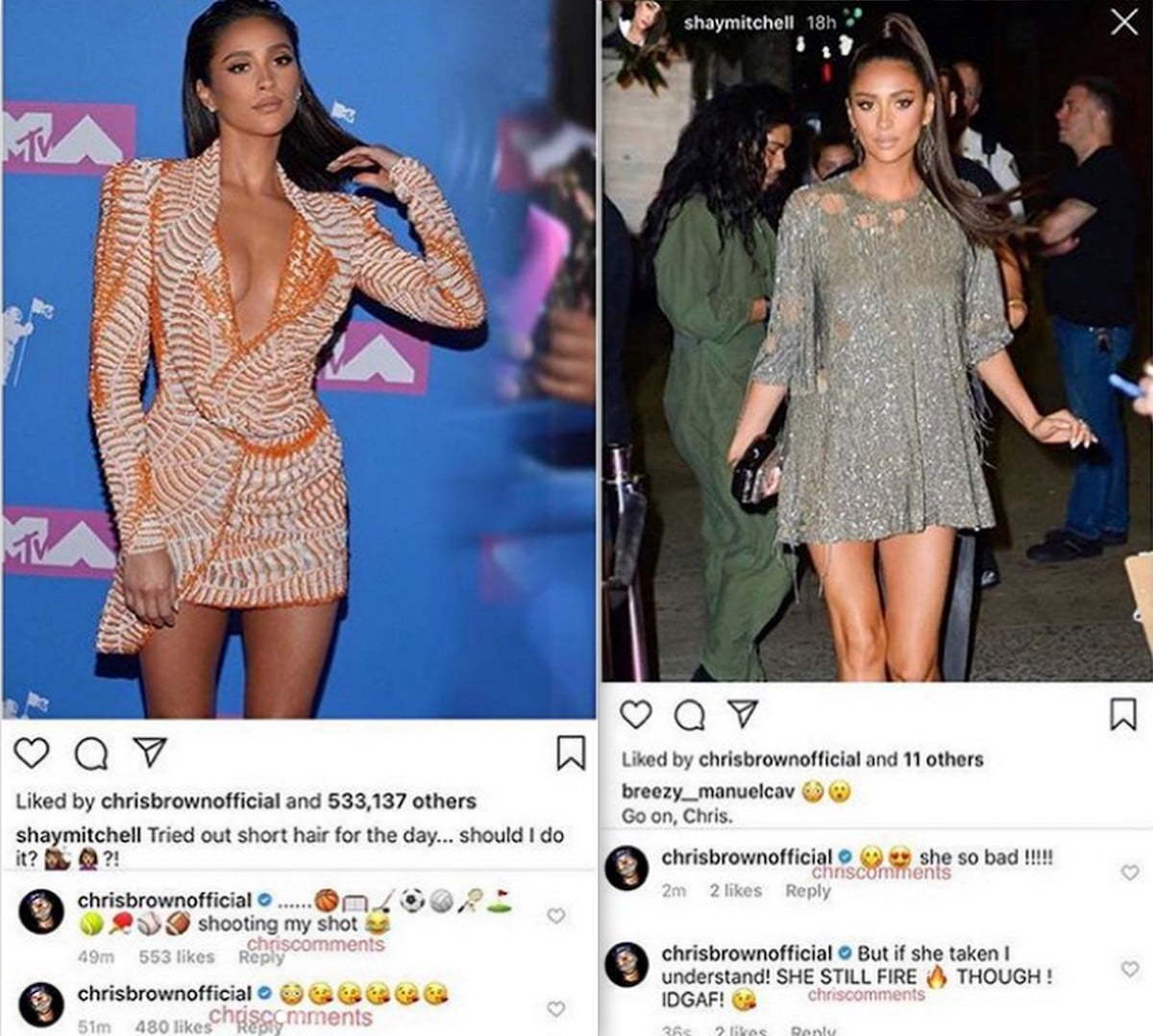 “@chrisbrownofficial woke up feelin extraaaa thirsty today and he’s tryna pour himself a tall glass of @shaymitchell. I’m here for it,” one fan wrote while another added, “Am totally here for this she should give that boy Breezy a chance they would make a cute couple.”

Nevertheless, there were a few fans who asked Breezy, not so kindly, to excuse himself and leave the actress alone. “Am I the only one who thinks that thirsty Chris Brown should remove himself?” one fan commented while adding, “He looking for someone else to ruin like he did Karrueche.”