Is Fox’s new show “The Four” living up the hype and can it reinvents the music talent show arena?

Music singing talent shows have been on the decline in the last few years so when the new show “The Four: Battle For Stardom ” was announced last year, everyone thought that it was going to breathe some new life into the declining reality TV format. The producers even got some big names for the judge’s chairs and tapped Black Eyed Peas member Fergie for the hosting duties. Sean “Diddy” Combs, DJ Khaled, Meghan Trainor and Charlie Walk took on the judges mantle.

The show aired its first episode on Thursday night on Fox and let’s say the reviews from viewers have been mostly disappointing. “The Four” didn’t just failed to grab viewers attention, it failed miserably, despite its promised to be a show unlike any other. “This is not like those other shows,” Diddy said. “I want this show to be a true reflection of the industry.”

Despite his claims that the show will not be anything like the now extinct American Idol or The Voice, it is every bit just the same, with just a few changes it the format that you will likely not notice if you’re an avid singing competition show viewer. One of the main unique features that you will likely notice is that the show starts out with a mere four contestants that we selected by the superstar judges before the live show. The show will be over six episodes where other artists are brought in to audition to battle each of the four contestants. The winner will be selected in the final episode and will be given a recording contract and be mentored by the judges. Three of these judges have their own labels so that is a big incentive to be a contestant on the show. 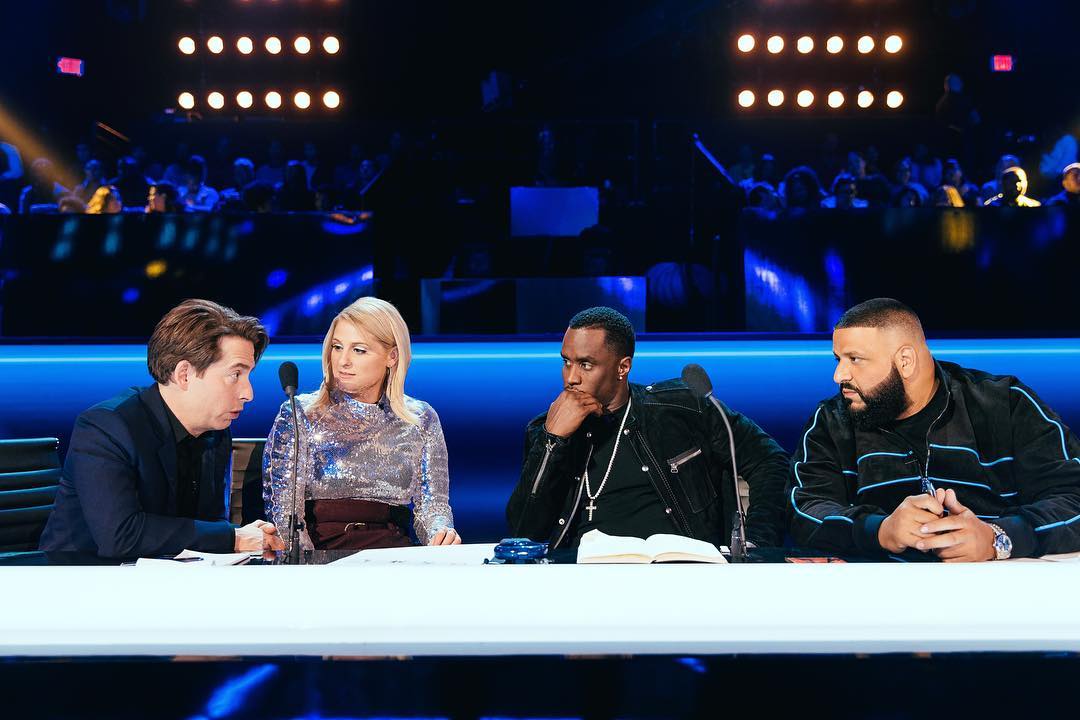 The original four was introduced to the audience on Thursday night and they are R&B crooner Blair Perkins, rapper Lex Lu, British pop singer Ash Minor, and Latin singer Elanase Lanson. At the very least, the show did away with the long and often drawn out audition process done by other shows like American Idol. Most of the OG talent shows produced very little mainstream success artists, so The Four is hoping to be the first show to produce more professional recording artists.

Fergie has revealed that the taping of the show was an emotional experience for her as she watched the struggle of the artists who are trying to make it big in the music business. “I know how it feels,” she said. “There are so many times that I was just tearing up and I am thinking in my head ‘Don’t lose it right now. Get it together. I can only speak for myself because I am standing right next to these artists. It was crushing. You see me holding the hand of somebody… and I am just their mommy up there. I can feel the nerves… the sweat, the shaking.’”

Nevertheless, the show is new and like a lot of new shows, it may just need some time to work its magic. Here are some of the reactions from viewers.

But no one’s given a good performance tonight? So what are we even talking about? This whole show is terrible. #TheFour

Let me just keep it a buck I WILL NEVER in my black ass life support any artist that rides the aesthetic of black art and music. Ma can take her oily dreads and fake vibes and bounce on babies #TheFour

Saeed just won the night. Any man who can deliver on a Whitney Houston song deserves a seat! #TheFour

Seeing @djkhaled and his energy is what the show needs. He knows talent when he sees it. #TheFour

…how did the 4 people already in the chairs get them? Did they compete beforehand? Are we going to get to see how they got those chairs and who they beat out to get them? I feel like it should’ve been shown before they came out to sing. #TheFour