I doubt Alkaline will care too much about this but at the end of the day artists need disc jockeys to be playing their music. Tony Matterhorn is booked for the upcoming Bad Behaviour Beach Party on New Year’s Day at Sugarman’s Beach in Portmore and he says he will only be playing Vybz Kartel music at the event. This means that if you’re a Vendetta fan then this is the wrong party for you.

Di Unit Portmore Champion Sound and Renaissance Disco will also be providing music for the event, so its unclear if they will be playing any of Alkaline’s music, but Matterhorn certainly will not. Sources told us that the veteran sound system selector has also planned to not play Alkaline music in the new year as a stance against the young deejay’s disrespect earlier this month at his birthday bash in Florida where he called TM a “pu**y” in front his face.

Seems there will be no peace between Tony Matterhorn and Alkaline anytime soon and Vybz Kartel is the unwitting beneficiary of their beef. 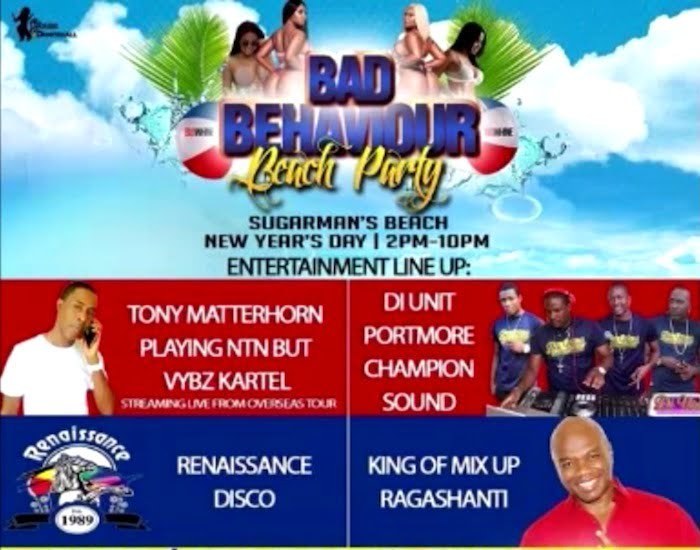