The “Bodak Yellow” rapper was in Jamaica last week to shoot a music video for the famed producer but seems that was not all she did in reggae land. There were some rumors floating around claiming that she visited Vybz Kartel in prison, but sources told us that did not happen. Instead, she spends some time at GeeJam villa where there is a studio and record some new music. 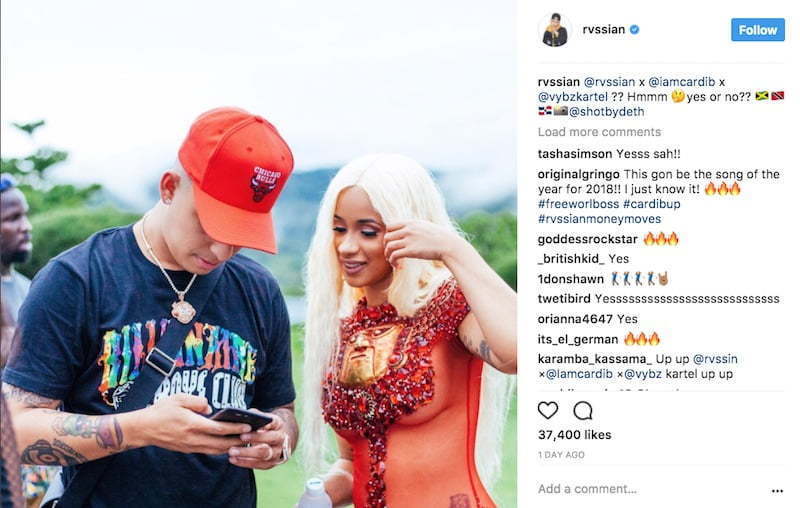 Rvssian and Vybz Kartel are again working on new music. Last week the longtime collaborators released the new hit single “Kremlin” featured on the producer’s new project, Moscow Riddim. The incarcerated deejay has cranked up the dial in the past two months by releasing a flurry of new singles including “Mhm Hm,” “Don’t Come Back,” and “Kremlin.”

#cardib and #rvssian in #Jamaica shooting a video