Dancehall deejay Gage is perhaps Rihanna’s biggest fan because he got himself a giant tattoo of the Bajan songstress.

Gage Almighty hit up his favorite tattoo artists recently and got himself a tattoo of Rihanna on his leg. The tat is a portrait of the Bajan pop princess from a few years ago. Aside from getting new ink, the controversial dancehall star has been hitting the studio hard in search of his next big hit single. His latest single “World Is Mine” has been getting a lot of attention since its release last month.

This track definitely shows the versatility of Gage with his lyrics and will get you hooked to his chorus in no time,” the song’s producer, Michael ‘Shadow’ Millwood, said. “Currently, I am doing the groundwork on Gage’s track to help it cross over into the French market in the coming months. Gage has always been one of those artistes who brings something different to the table each time he records a song, and this single has a lot of potential.” 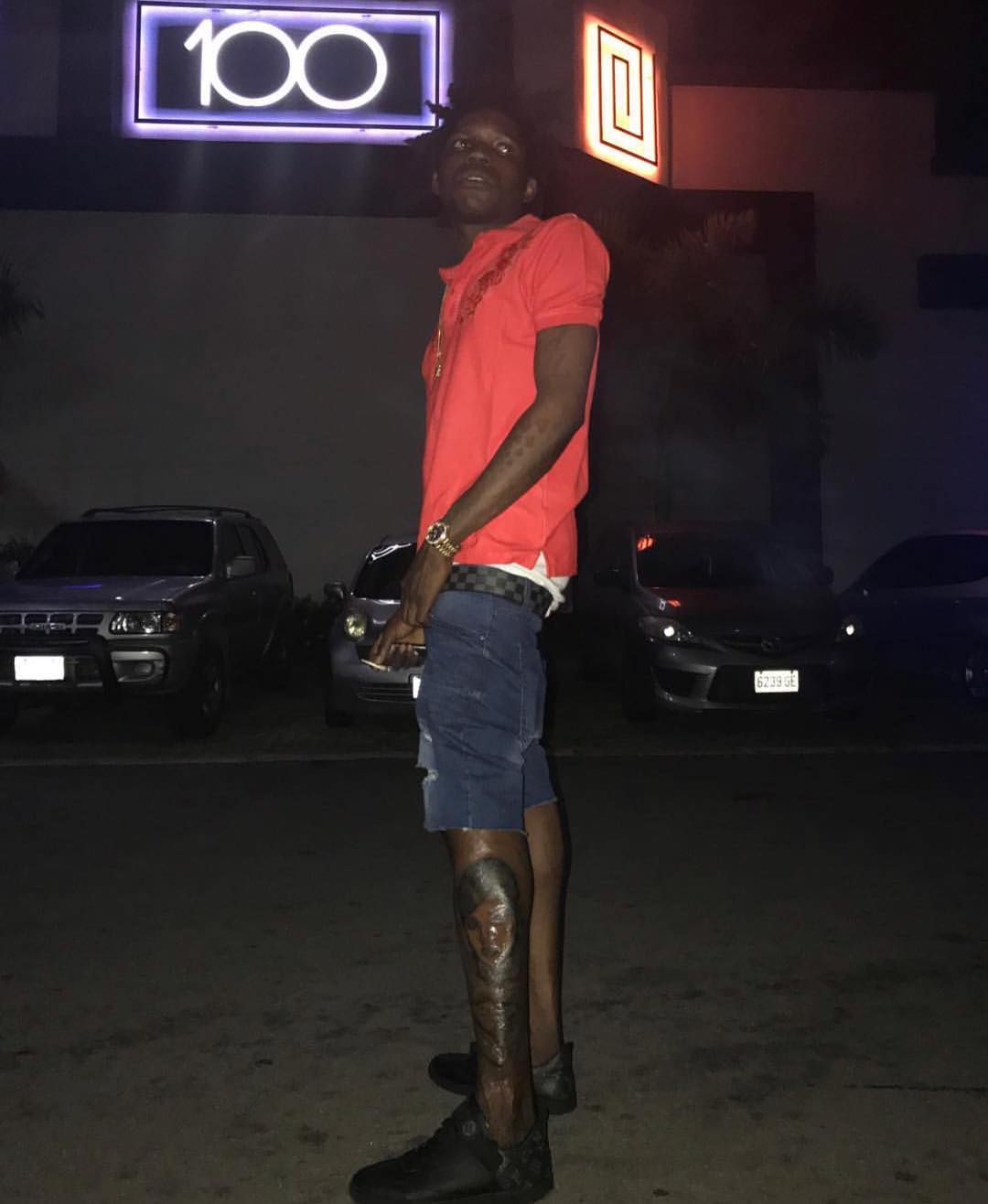 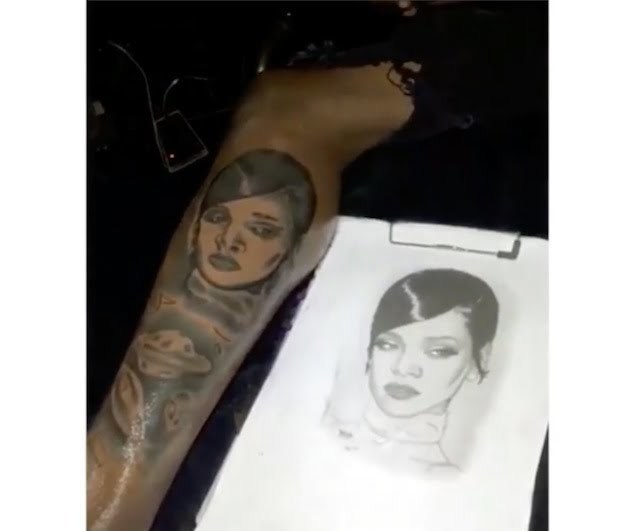