Vybz Kartel and Bounty Killer have a new collaboration coming as early as this week.

The two dancehall legends have collaborated in the past on several singles, and Kartel even wrote a few hits for Bounty Killer in the early 2000s. But a bitter fallout between The Teacher and The Alliance put an end to their relationship in 2005. Seems they are both putting their differences aside and are making music again. The two deejays announced on Instagram over the weekend that they are dropping a new joint.

“[Bounty Killer] My daddy weh dem a go do when the #killakartelkollab drop?” Vybz Kartel wrote on IG. Killer responded saying, [Vybz Kartel] Beta dem just go find some weh go lidung or drop dung b4 it drop because when it drop nutn naah git up back dawg.” 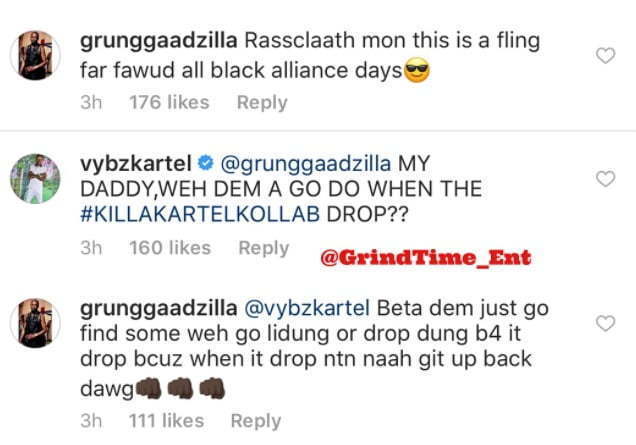 Killer also said the collaboration will bring back some memories from their all-black Alliance days. Sources inside the Gaza told Urban Islandz that Bounty Killer recently paid Vybz Kartel a visit in prison and the two had a long conversation about their Alliance days and what’s happening in dancehall currently. They didn’t release the title of the single, but it will arrive sometime this week. 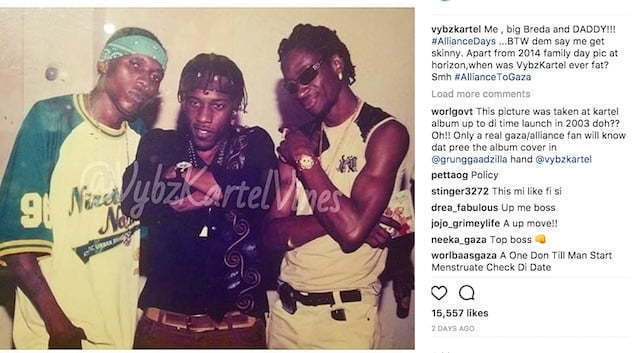 Vybz Kartel also posted a throwback photo of himself, Wayne Marshall, and Bounty Killer while clapping back at some recent reports about his weight. “Me , big Breda and DADDY!!! #AllianceDays …BTW dem say me get skinny. Apart from 2014 family day pic at horizon,when was VybzKartel ever fat? Smh #AllianceToGaza,” he wrote.