Drake is rubbishing claims that he got a British model pregnant and then ditched her.

Sources inside OVO exclusively told Urban Islandz that Layla Lace is lying and that Drake only met her once at one of the after parties for his tour. “Drizzy never even meet this broad who is claiming that she is pregnant for him,” sources told us. “The 6 God is just laughing at the bogus story because its clear that these bum ass ho will do anything for fame. They meet you once and then automatically popped up out of nowhere claiming that they are knocked up. How can you get someone pregnant just by exchanging a few words with them. F*** out a hear with that bullsh**.” 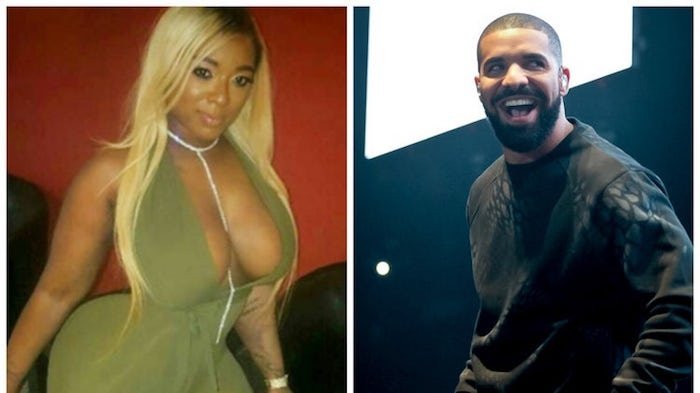 Layla even released a few screenshots of text messages between herself and Drake dated back in February this year. She also wrote on IG that Drizzy’s good guy image is all a front because he is not living up to his responsibilities. “So I guess still in this era this is the new thing that after you tell a dude you pregnant they stop answering they phone,” she wrote. “One lesson i have learned out of this whole situation is to never be so naive when a guy disrespect you !!! Like you dont even have to do nothing wrong to this man its really unbelievable how he will just feed you with lies and hurt you for NO reason. Once you forgive and accept it just know he @champagnepapi will continue to treat you like sh*t.”

#Drake got some explaining to do ? (swipe for more)