Alkaline seems to be gaining ground on Vybz Kartel at least among the two sides massive fan base.

A decade ago it was the Gully/Gaza rivalry, and although that rivalry saw a brief resurgence earlier this year, it wasn’t enough to slow Alkaline Vendetta movement. Some Gazanation fans are already switching sides over to Vendetta or at the very least starting to admit that Alkaline has gotten their attention. Still, there are some die hard Vybz Kartel fans who says they will never switch sides and still sees Alkaline as a nuisance in dancehall.

Just like Vybz Kartel, Alkaline emerged on the scene with a lot of controversies with his eyeball tattoo that turns out to be not authentic, and his gritty and oft-controversial lyrics and skin bleaching to top it off. Kartel himself received some backlash from some dancehall fans when he emerged on the scene in the early 2000s with his sexually explicit lyrical content. But eventually, he won over the hearts of the masses with share talent and a little help from some shock-value.

Alkaline too faced some resistance from the hardcore dancehall fan base, but now he seems to be winning over a sizeable portion of the fans including some who now cross over and start support both Gazanation and Vendetta. “A lot of Kartel fans will always be Gaza fans but we can’t deny Alkaline talent, the youth a do his thing and him songs them hot,” one Gazanation fan told Urban Islandz. “At the end of the day we are dancehall fans and once an artist putting out good music we will show our support.” 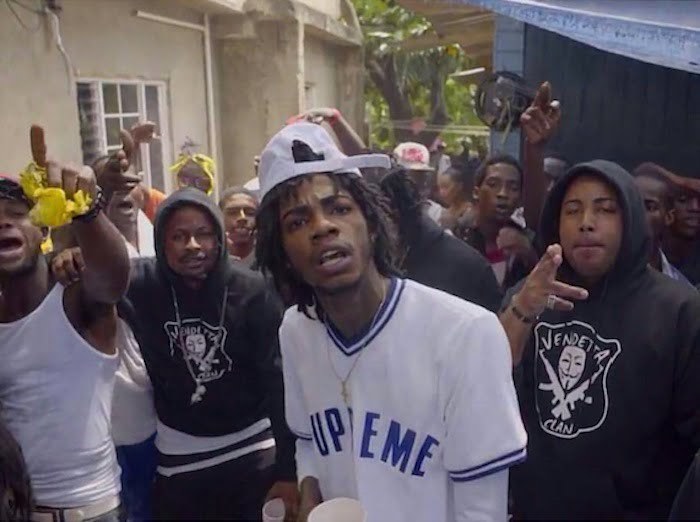 Not every Vybz Kartel fans see things that way. One fan on Twitter told us that he simply can’t support Alkaline because he copied Vybz Kartel to gain fame so the incarcerated deejay will always be the king of dancehall. “If you have to copy Worl’Boss to gain recognition then I can’t support you, you’re a fraud,” he told us.

Despite the resistance from some fans of Vybz Kartel, Alkaline seems to be gaining momentum and even winning over some staunch supporter of the Gaza. Some fans are going as far as to call for a collaboration between Alkaline and Vybz Kartel. Doubt that will happen in this lifetime.