Vybz Kartel and his co-convicts were granted leave to move forward with their appeal in the Jamaican Court of Appeal on Wednesday.

Kartel, born Adidja Palmer, Shawn “Storm” Campbell, Andre St John, and Kahira Jones, were all convicted of the murder of their friend Clive “Lizard” Williams in March 2014. The four men filed appeal documents last year and have maintained their innocence. On Wednesday an appeal court judge gave the case the green light to move forward.

This means that the court sees grounds for the dancehall star and his co-convicts to appeal the conviction. Vybz Kartel and his lawyers, headed by Tom Tavares-Finson, are seeking a new trial citing many problems with the case that sent him to prison for life. In his appeal docs, Tavares-Finson drew attention to police tampering with evidence and witness intimidation by law enforcement among many other problems with the case.

Vybz Kartel would have to serve 35 years before he is eligible for parole. 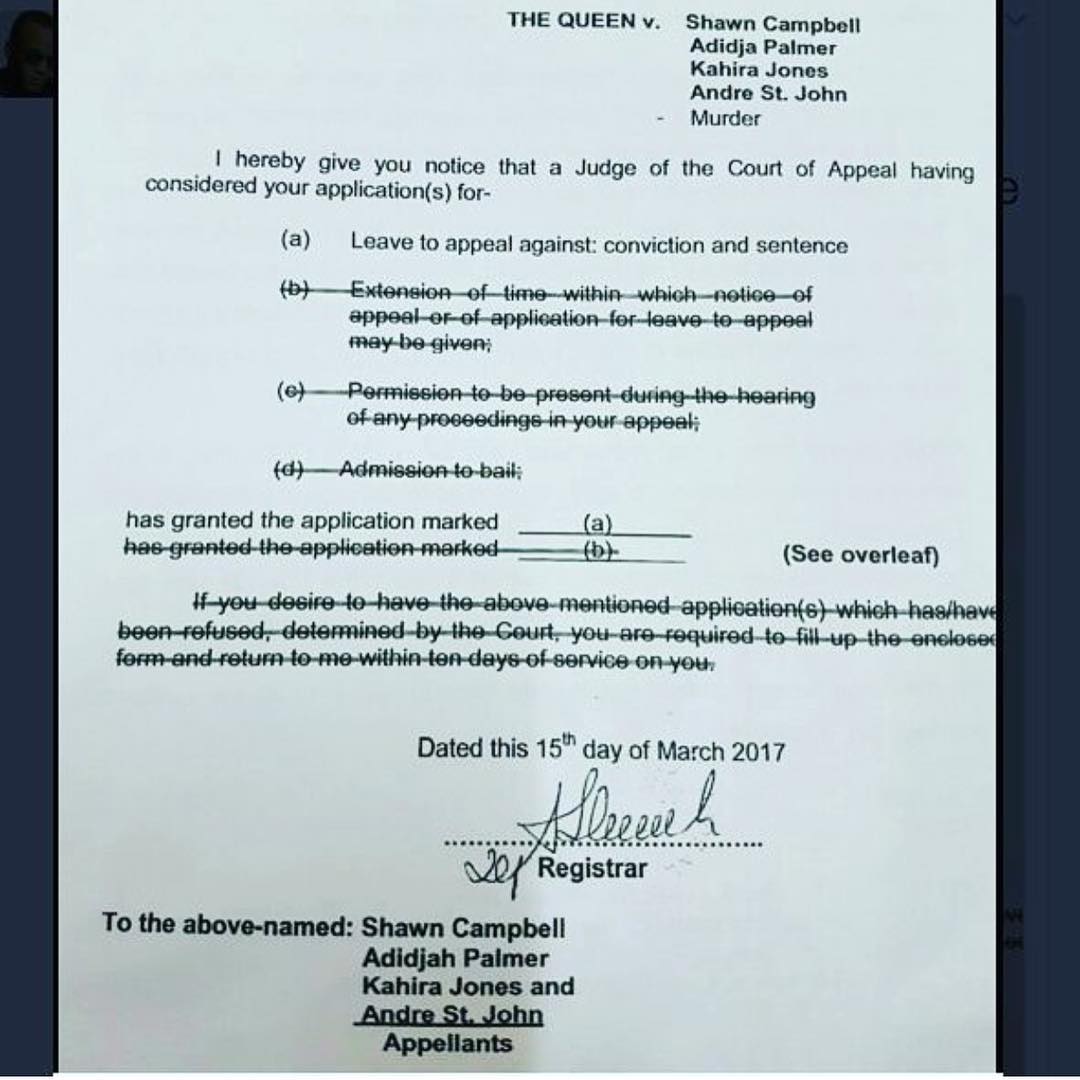