Migos reportedly beat up Sean Kingston in a brawl at Agenda in Las Vegas just moments ago.

The fight sent off a Twitter firestorm with a lot of fans trolling Kingston for getting beat up by the Atlanta rap trio. Details are still just coming out but Urban Islandz learned that the two parties had a heated argument and things quickly turned ugly as tension rise between the two camps.

There are some reported that shots were fired in the melee but we couldn’t confirm that. “Sean Kingston has been beaten and shot while in a fight with members of Migos,” one fan write on Twitter. One witness told us that all three Migos members Quavo, Offset and Takeoff, as well as other members of their crew, were stomping on Sean Kingston. Someone called 911 and cops are currently on the scene. Both Migos and Kingston quickly fled the scene. 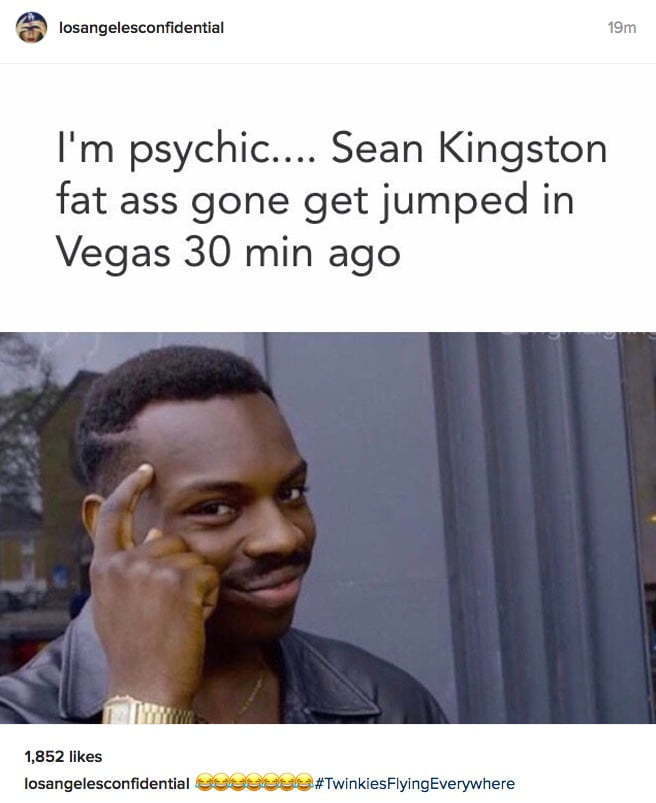 Rapper The Game is already weighing in on the fight and you can recalled he had a old beef with Sean Kingston from last year. The Documentary rapper even released a diss track titled “Pest Control” dissing the reggae pop singer and Meek Mill who was also involved in the beef.

Sooo did Migos deadass jump Sean Kingston? Or y'all lying like always?

Me refreshing the timeline for the video of Sean Kingston getting jumped by Migos. pic.twitter.com/bb0GgaG2kC

Sean kingston got hit with 3 dabs of ranch by Migos pic.twitter.com/pVjlueZcR4