Young Buck is a free man. The former G-Unit rapper was released from prison on Wednesday after serving four months behind bars.

Buck was slapped with a 7-month sentenced back in August for probation violation but seems he was released early. DJ Whoo Kid was the first to confirm the news on Twitter that the rapper was released. Since walking out the slammer, he has been spending some time with his family and friends so we’re yet to hear from him on social media.

Like most rappers when they get release from prison or jail we immediately get some new music to take advantage of the media coverage surrounding their freedom. So look out for some new music from Young Buck in short order. 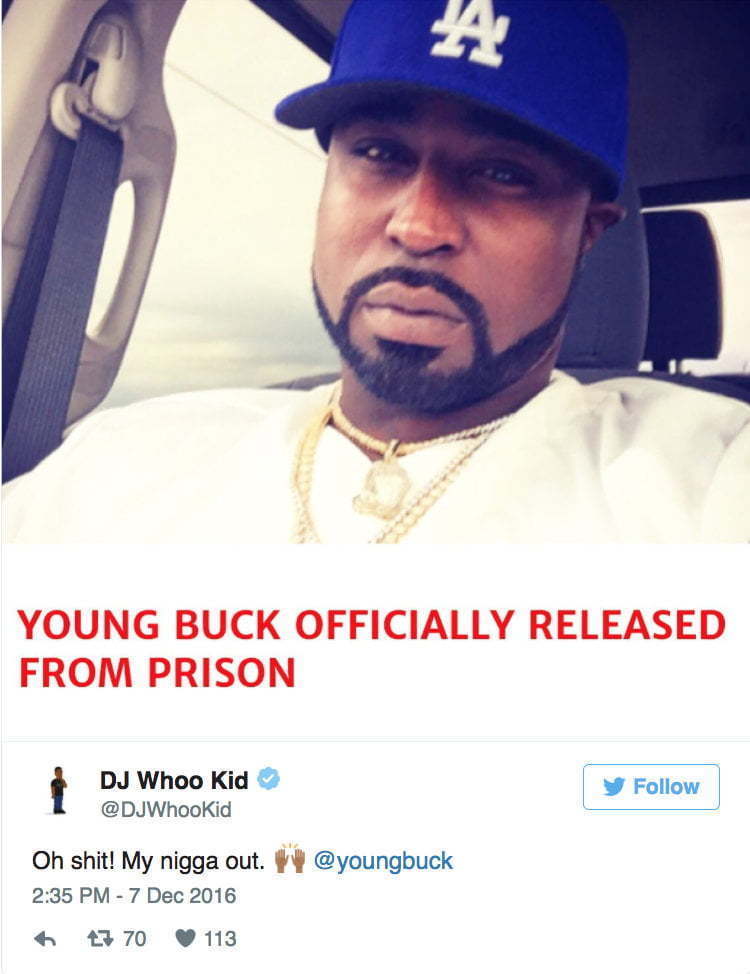