Nicki Minaj and her boyfriend Meek Mill have not only reunited but are also planning to go through with their wedding plans.

The couple reunited earlier this week after a brief split over Meek’s house arrest. Sources are telling us that Nicki flew to see her man at his house in Philly this week after the two made up.

“They are in it for the long haul and are not just a regular boyfriend and girlfriend,” sources told us.

Sources close to the Trini rapper are also saying that they are both serious about tying the knot.

“They are both very serious about getting married and starting a family,” our source said. “don’t be surprise if a wedding happen this year.”

Seems Meek Mill’s recent round of legal troubles have but a strain on their relationship. But on Thursday Nicki Minaj took to her Snapchat to share a photo of herself and Meek Mill at his house. 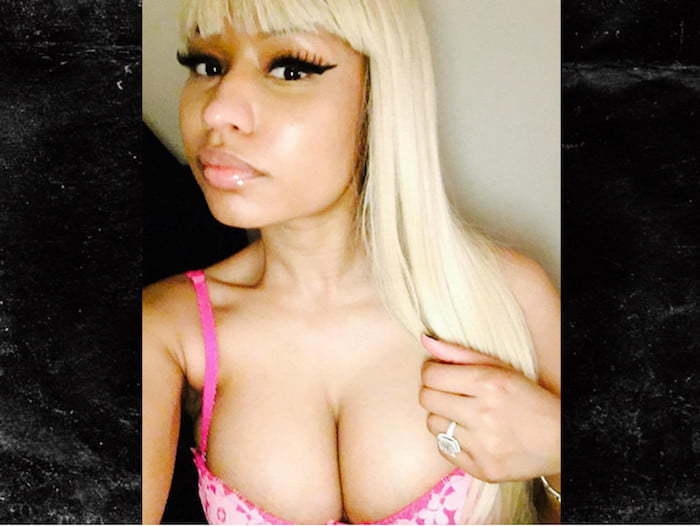 Yesterday she also shared a photo on Instagram of that giant diamond engagement ring that Meek Mill gave her. She also showed off her famous cleavage that she has been giving Meek all week.

The PinkPrint rapper is also gearing up to go on tour in South Africa, but plans to return to Philadelphia to spend time with Meek when she returns.

The MMG rapper is currently serving three months of house arrest for probation violation. He could serve another six months probation after he completes his house arrest stint.

Nicki Minaj and Meek Mill have been dating for over a year now following her bitter split with her boyfriend of 12 years Safaree Samuels.

Samuels has maintained that Meek is the reason for their split after the “Dreamchasers” rapper told Nicki that he (Safaree) cheated on her. An allegation that he denied.