Nicki Minaj has decided to stay with Meek Mill at his house in Philadelphia while he serves his 90-day house arrest.

Seems the Trinidadian rapper may have had a change of heart after recent rumors that the two were on the verge of a split. Reports surfaced last month claiming that the two were fighting over Meek’s legal troubles. Sources say that he wanted Minaj to stay with him during his house arrest atuint but she was having not of that and blew him off and flew to California.

Nicki Minaj & Meek Mill Shot Down Rumors Of A Breakup

Last night Nicki Minaj took to Snapchat to share a new photo of herself and Meek with some doggy graphics on her face. Lets just say the message was very clear.

Sources are saying that Nicki Minaj flew to Philly a few days ago to visit her man after working out their differences.

“She landed in Philly a few days ago and you could tell that they were both happy to see each other,” sources told us.

Urban Islandz sources close to the Young Money femcee confirmed with us that they did had a huge fight over the issue but has since worked things out. 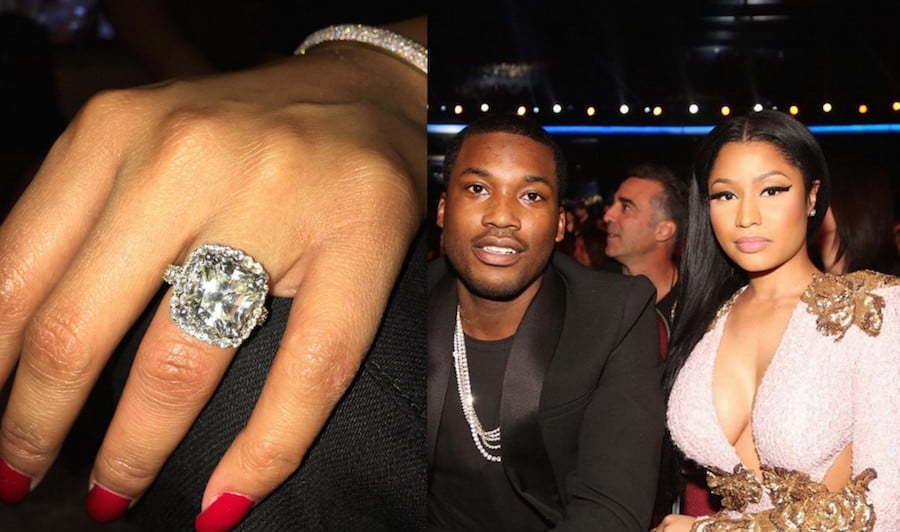 “Like any regular couple they have fights but they always work things out,” sources said. “They both have strong personalities so they are always clashing but they have figured out how to make it work for them.”

Nicki Minaj and Meek Mill have been rocked with several breakup rumors over the last couple of months. The pair has also been rumored to be engaged after the Philly rapper gave her a giant diamond ring for her birthday last year.

The “Truffle Butter” rapper will not be in Philly for too long because she is about to board a flight bound for South Africa where she will be going on tour. She is also busy working on the new Barbershop 3 movie.